Scarlett Johansson’s solo MCU outing was originally scheduled for May 2020, but it was postponed three times before eventually earning a simultaneous release date in theaters and on Disney+ Premiere Access next month. Early reviews have praised the picture for its well-crafted action sequences as well as its emotional heart.

Harbour, who is best known for his role as Sheriff Jim Hopper in the Netflix blockbuster Stranger Things, has also dabbled in comic-book roles, playing the main character in the Hellboy revival in 2019. The actor’s involvement in Black Widow was first revealed in April 2019, alongside co-stars Florence Pugh and Rachel Weisz.

Harbour’s Shostakov is a former Soviet super-soldier and Captain America’s equivalent and is meant to be a father figure to Johansson’s Natasha Romanoff. The role, according to Harbour, is “not the heroic, wonderful man that [people] want him to be.”

More recently, at a press conference advertising the film, the actor was asked if he would like to see his character face off against Marvel’s First Avenger, according to Deadline. The notion piqued Harbour’s interest, and he suggested that a prequel film about his character’s connection with Steve Rogers would be “a fascinating premise that should be pursued further”.

In Black Widow, David Harbour plays Red Guardian, who stands against the wall with his hands on the wall.

As amazing as it would be to see David Harbour’s Red Guardian face off against Chris Evans’ Captain America, there are significant continuity difficulties that would preclude this from happening. As most MCU fans are aware, Evans’ Steve Rogers became encased in ice during World War II and was only discovered and thawed when the Cold War ended and the Soviet Union crumbled.

Unless Marvel makes a substantial retcon of Steve Rogers’ past or attempts an alternate timeline plot, it appears doubtful that the two characters will ever meet.

While seeing Steve Rogers seems unlikely, another possibility is for Alexei Shostakov to meet a younger Isaiah Bradley. Audiences learned that Steve Rogers was not the only American soldier to receive the super-soldier serum treatment during The Falcon and the Winter Soldier and that Bradley was active during the Korean War until he was imprisoned for conducting an unauthorized rescue mission.

Bradley, who in 1951 gave Bucky Barnes a run for his money, would undoubtedly be a strong opponent for Shostakov. Meanwhile, when Black Widow arrives on July 9th, MCU viewers will undoubtedly learn a lot more about Harbour’s Red Guardian. 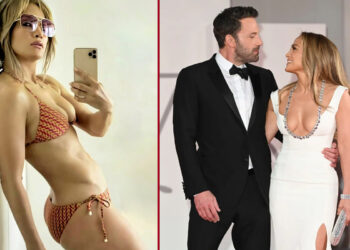 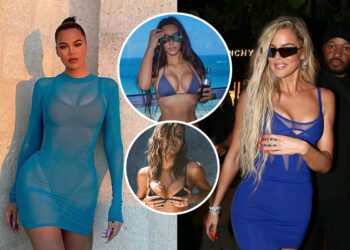 Khloe Kardashian Was Seen In Mini Blue Dress While She Was Attending An Event! 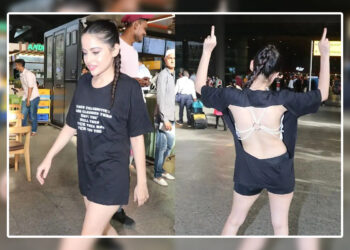 Urfi Javed Shocks & Mocks Her Haters With A Strange T-Shirt!