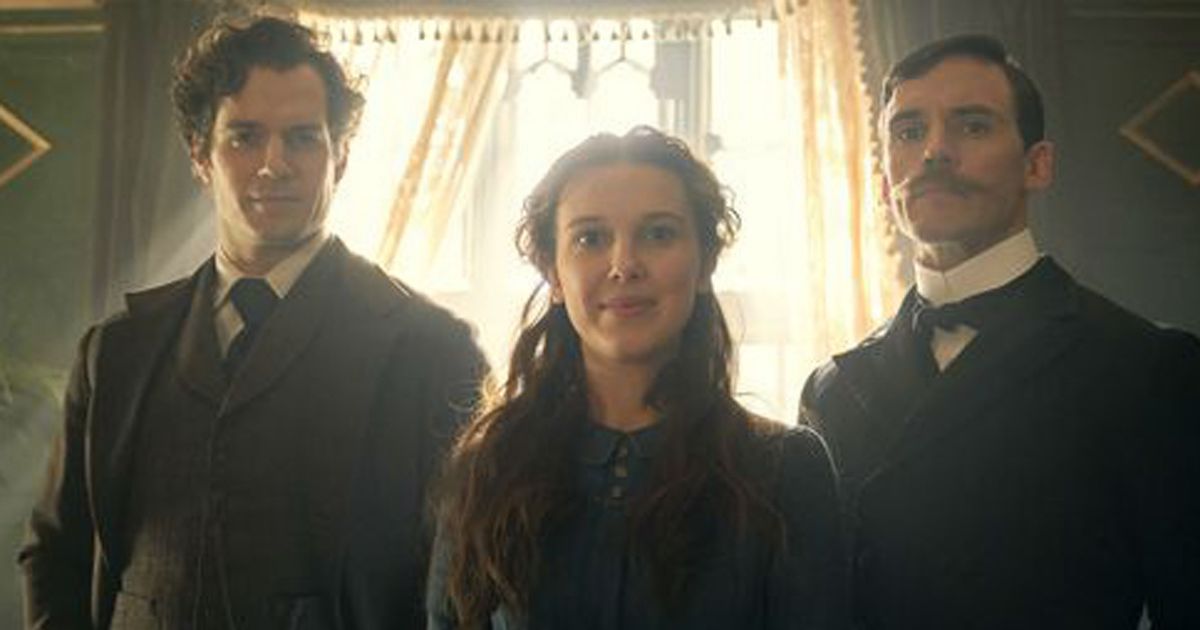 Enola Holmes Bloopers:  With this boring lifestyle right now, Do you want to loosen up a bit? Well, we have a few recommendations for you. Watching this Enola Holmes blooper, where Herry and Millie are goofing around in front of the cameras will definitely bring a smile to your face.  Last week, Netflix released the Enola Holmes, a Netflix original film which received a lot of positive reviews and earned a top spot on the daily most popular list.

This Netflix movie adapts the story from a famous young adult novel by Nancy Springer, Enola Holmes. It follows the intelligent young sister of Sherlock (portrayed by Cavill) and Mycroft (portrayed by Sam Claflin). Being the youngest, she has two protective brothers, who want to send her to Boarding school. But, Enola has her own wishes to follow. She decides to solve her first own mystery when Eudora, Holmes matriarch goes missing.

even the greatest detectives of all time have a blooper reel. pic.twitter.com/Ob4wo61e3A

It has become one of the most exciting movies of the year. This may be due to the casting of two of the Netflix’s superstars, One is Brown aka Eleven from Stranger Things, while the Other is Cavill, who played the role of Lead protagonist in The Witcher last year. Both Brown and Cavill will be returning for their respective show’s sequel shooting, and we expect them to return for the sequel of Enola Holmes, only if Netflix decides to renew the contract.

Amidst all these, Enola Holmes fans can relish some bloopers, courtesy Netflix Film Club. The latest post is the most hilarious one, with a blooper reel. Fans will surely enjoy watching Cavil, Clafina and Brown goofing up with their lines as well as props on set. Bloopers are definitely the best part of any production, they give a perfect and hilarious angle to any type of shot. It’s [pretty amazing to witness Brown act so lively and happy as Enola Holmes, unlike Eleven from Stranger Things. With this movie, technically being a Sherlock Holmes Story, but the main focus is Enola. The audience has applauded and liked this fresher take on Sherlock’s character and the story of Enola. Springer even has several other narrations for Enola, which may be taken into consideration in future.