Dancing With the Stars Recap: Did the right dancers leave on Disney night? 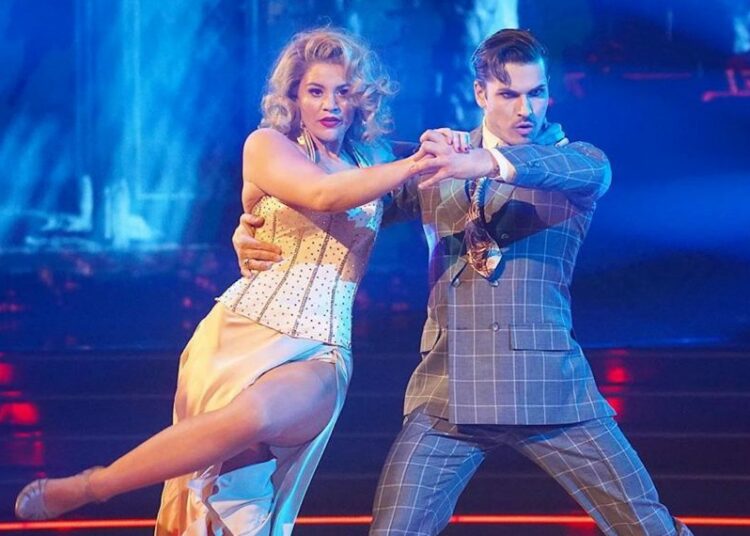 Dancing With the Stars Updates: As per tradition, every Monday night found couples dancing to Disney songs with proper costumes. But the long going tradition was broken this Disney night and someone indeed went home.

Dancing With the Stars Recap:

Skai Jackson and pro-Alan Bersten: Skai’s intense focus on Alan seems to border on panic sometimes making people wonder she’d completely be at sea with her choreography if he wasn’t there to guide her. Judges’ score: 18/30

Monica Aldama and pro-Val Chmerkovskiy: The waltz Monica performed was elegant, confident, and completely committed to the romance though we surely had our doubts about if she would be able to pull off ballroom dance. Judges’ score: 21/30

Justina Machado and pro-Sasha Farber: The charleston performed by them definitely didn’t have enough swivel in the swivel steps and sad but true, was a little bizarre too. Judges’ score: 19/30

AJ McLean and pro-Cheryl Burke: AJ blew all our minds dancing alone at such a difficult choreography at the beginning and seems to get better every week. Judges’ score: 21/30

Anne Heche and pro-Keo Motsepe: Anne’s completely losing the handle of the choreography in the second half can be blamed on the routine. Judges’ score: 15/30

Nelly and pro-Daniella Karagach: Nelly has shown us for three weeks straight he is a perfect ballroom dancer but still for some reason unknown, he seemed a little sheepish during the routine. Judges’ score: 18/30

Carole Baskin and pro-Pasha Pashkov: The Samba definitely lacked real energy and there’s not much to say about the dismal execution. Judges’ score: 12/30

Kaitlyn Bristowe and pro-Artem Chigvinstev: Despite the problems, Kaitlyn was awesome in her rumba. Hope she and Artem can keep this momentum as she might be one of the strongest contestants. Judges’ score: 23/30

Vernon Davis and pro-Peta Murgatroyd: Though some of the footwork got sloppy, Vernon was definitely committed to the routine. Judges’ score: 22/30

Nev Schulman and pro-Jenna Johnson: Shook by the routine, no one expected Nev to play Jack Sparrow so perfectly and rock those lifts! Judges’ score: 24/30

Johnny Weir and pro-Britt Stewart: This was the much-awaited breakthrough performance of Johnny. He nailed it in the third last of the routine. Judges’ score: 24/30

Jesse Metcalfe and pro-Sharna Burgess: Despite the imperfect footwork, Jesse definitely made the jive enjoyable with his vibrant personality. Judges’ score: 20/30

Criswell Stause and pro-Gleb Savchenko: Unlike always, Criswell was very less clumsy in the ballroom and her execution was definitely stronger. Judges’ score: 22/30