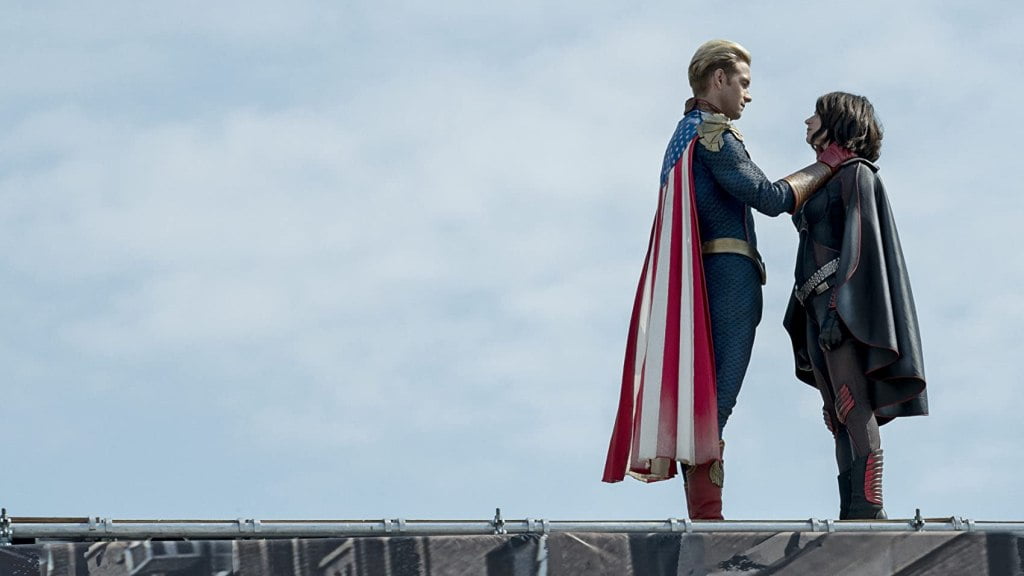 The boys are set in a world full of heroic personas recognized by the general public who are promoted by an international organization called Vought. Besides their superhero identities, they are also corrupted and spoiled. This series is streaming on amazon prime and is created by Garth Ennis from the year 2006-2012.

The episode 6 of the boy’s season 2 called “the bloody doors off”. It introduces a lamplighter a former seven-member, who creates conflicts with Frenchie on the revelation of their shared past. In the span of one episode, it makes you interested in the conflicted and flawed character of Frenchie.

The further we get involved in the Vought lore we get more connected with the inevitable collide. This episode was action-packed with faces being peeled off and skulls being crushed. Frenchie, MM, and Kimko break into the Vought facility while Butcher, Stormlight, and Hughie keep a lookout outside.

The latter trio was given more time to build a connection with each other. Stormlighter takes the rein on the seven sides of things, he balances between the covert clean ups and dawn of the seven set, unlike Anthony Starrs Homelander who builds a clingy boyfriend character. It is quite entertaining to see the minor character of Anthony Starrs Homelander be one of the episode’s greatest success.

It would be wrong not to mention the two actors that always maximize their on-screen times. Colbie minifies manic who is the Vought PR, Ashley is the consistent funny character on the show. Karen Fukuhara’s Kimiko has little material work but expresses more through her body language and eyes than most actors with pages of dialogues.

The only negative aspect of this episode is the inclination to pack too many things in one episode. This episode conveys a very strong message about the boys, who have risen above the ordinary superhero series. This amazon series has sown its seed so deep that the tree and fruits borne on it are going to be ripe with juice and excitement, stay alert for the next updates.