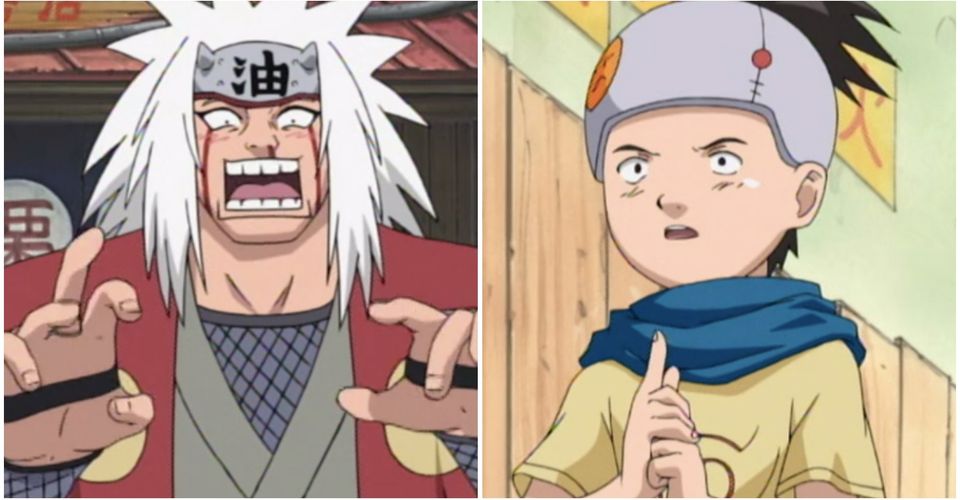 Kakashi is a light-hearted person, but his personality is quite strange and strong one too if you consider his painful backstory. Considering that, one might think him to become like Sasuke, but he doesn’t. He is not serious about anything, clumsy, and doesn’t care about anything at all. The funniest part is when he tries to see his face or with his obsession with the Icha Icha series.

You can look into Rock Lee’s face and judge his character. He has those huge anime-style eyes, with bushy eyebrows, which screams about his funny or goofy character. Rock is a guy who can crack a joke in any situation, especially if he is paired up with his mentor, Might Guy.

But the best part is he knows his limit and knows when to keep quiet and be serious, as he did against Gaara in the Chunin exams.

This character is like an adult version of Rock Lee. He is a goofball who keeps smiling no matter what. You can witness him doing every sort of ridiculous training with his pupils. In his spare time, he tries to think of some way to revenge his rival, Kakashi. His smile will take your heart. Might Guy also knows when to keep quiet and become serious when required.

All the things which he underwent in such a tender age, is enough to screw anyone. This, however, makes him an intriguing and funny character against Naruto, who possesses an optimistic personality. Sasuke is the resident of the edge lord.

Tenten’s usefulness was never realized until the ninja weapons came into action. She focused on being a counterbalance to Lee in Might Guy’s team. As a woman, she took everything seriously and couldn’t comprehend the character of Lee and Guy. If she would be granted one wish, then she would hope Lee and Guy working and acting according to her.

In the naruto universe, if you would ask about anyone character who needs to relax is Tobirama. He is willing to take tough decisions and sacrifices others if it means that this sacrifice would bring prosperity to the village.