Hunter X Hunter: 10 Things About Palm Siberia That Do Not Make Sense 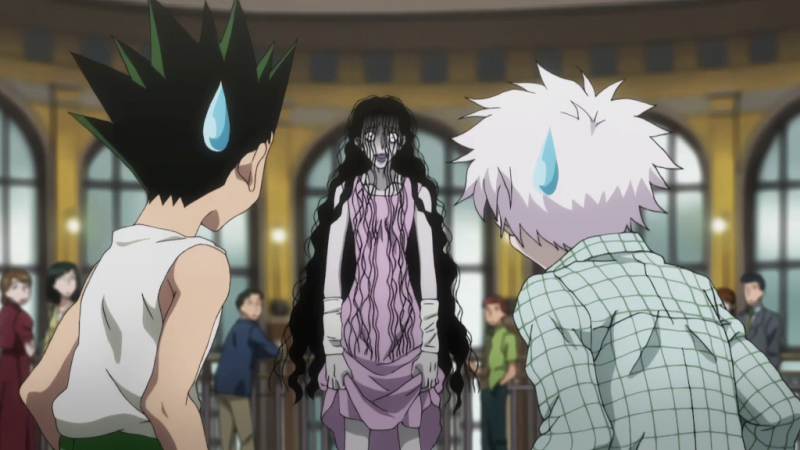 Hunter X Hunter Updates: Being a hunter allows one to hunt down strange things or even get paid for it. Palm Siberia is one of the key hunters of the Chimera Ant situation and a disciple of Know. Though held in high regards, some things about her just don’t add up, and here’s the list of 10 of them:

10. Personality and Professionalism: Being the volatile character in her personal life, Palm is chosen for spy missions which do not seem very wise but she manages to become a completely changed person in her professional life.

9. Coffee scene: When she took Gon and Killua to a coffee shop to talk about their upcoming training and the discussion about Knuckle and Shoot was taking place, she became infuriated on how her nen made her coffee overflow, but we know enhancers just enhance durability and strength of things but do not generate more matter.

8. Merman Clairvoyance: Palm shows Nen ability “Merman Clairvoyance”. Once she sees someone with her own eyes, she can observe them from anywhere by feeding her blood to the merman attached to the crystal. The show never clarifies if merman exist or it’s just attributed to her Nen ability.

7. Black Widow: Though it is a really cool part-enhancer and transmutation ability, was it worth the trouble to make a dress and hat out of her own hair as it seemed to just protect and strengthen her body, which enhancer abilities already do.

6. Male dependency: The volatile character seems to switch loyalties throughout between Gon and Know. It’s completely opposite to what would suit aa spy. She was also given the task of seducing a politician and it’s unbelievable to see that there was no doubt she would change sides.

5. Regaining her mind: When caught by the Chimera Ants and put into a trial of some DNA changing methods and losing all her memory, Palm snaps out of brain surgery by talking to Killua. Though overwhelmingly sweet, science effects are not that easily reversed.

4. Crush on Gon: Having a crush on a twelve-year-old kid and even arranging a date definitely doesn’t help. She could have been a sister or a motherly figure but this here was really creepy.

3. Change in appearance: Though helpful for a spy, Palm seems to change an unexplainable amount ranging from eyes to bone structure.

2. Breaking the Hunter Bylaws: Though not mentioned in the series, hunters have to abide by some rules to remain hunters and one of them does not target other hunters so how is Palm still a hunter?

1. Loyalty to Meruem: With the weird but sincere scene at the end when Palm post-ant transformation crosses paths with Mureum, sees him bow and cries, she could have asked a little more even after they complete 180 of Mureum as ant had put her through so much.