Selena Gomez And Drew Taggart Were Seen On Bowling Date!

The relationship between Selena Gomez and Drew Taggart got confirmed as they both were seen on a bowling date! 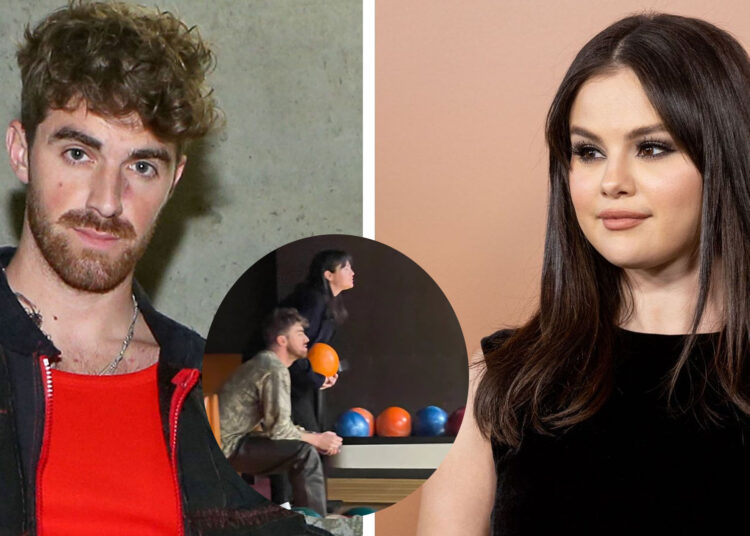 Selena Gomez and her new boyfriend Drew Taggart were seen on a romantic date. We have seen how celebrities generally get involved in dating rumors and as soon as any confirmation comes, photos of them dating also come in front.

Whether it is related to the date or just a normal outing, we have seen how these things generally get attention and spread like hurricanes.

If we talk about any particular celebrity from Hollywood who has gained such headlines then one couple is becoming quite famous in recent days.

It is Selena Gomez and her DJ boyfriend Drew Taggart. They have just proved all the rumors of their dating as true.

The 30-year-old singer Selena Gomez and DJ Drew Taggart were recently photographed while spending some crucial time inside a bowling area in New York. It was 15 January 2023, just one day before all the news came in front.

Here you can check out some pictures of Selena Gomez and Drew Taggart from their Bowling Date.

According to the footage that came, we can see Drew Taggart cheering up Selena Gomez as she took the turn for her bowling.

When it comes to any video that became viral then it was just photos that came in front. According to some sources, the couple was also seen making out on this date. They have even decided not to hide it and that’s the reason why they have taken some pictures with fans.

According to the source, some groups of young girls went up to celebrities for some pictures. Without any delay, they decided to act lightly with the fans.

If we talk about the outfit then both musicians were seen in a very comfortable dresses. Selena Gomez decided to come with an oversize sweatshirt and sweatpants. Her hair was down while Drew Taggart decided to wear jeans and a printed shirt.

Drew Taggart and Selena Gomez knew each other for a quite long time. They had a lot of mutual friends but the timing never went in their favor.

But when it comes to the recent time then they are working on it and so far they have come at a good moment. Coming to any confirmation then neither Selena Gomez nor the DJ has confirmed the relationship.

However, Selena Gomez has hinted by sharing a blushed picture of herself on Instagram. She was looking cute as a baby and hinted towards a happy mood to her 371 million followers.

If we talk about her last romance then it was Justin Bieber from whom she got separated in 2018. Since then the actress has not shared any kind of romance rumors.