Kylie Jenner recently shared pictures of herself being in bikini after getting seperated from Travis Scott! 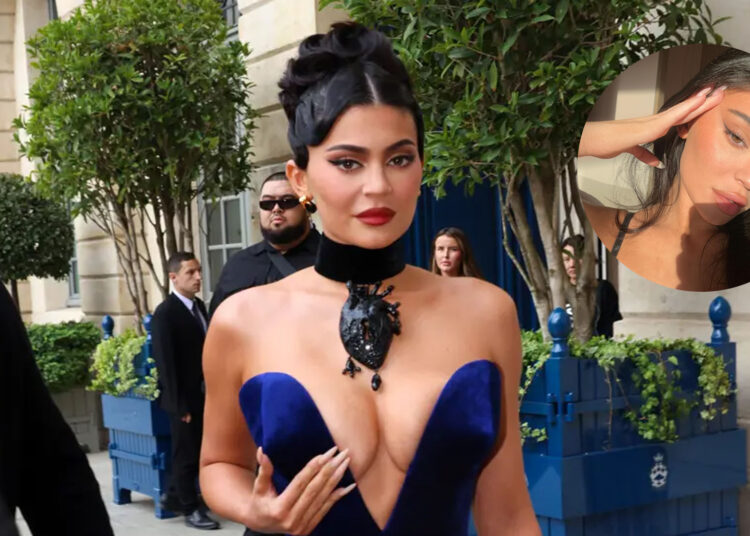 Kylie Jenner was recently seen giving her best of her appearance with a hot selfie after her separation from Travis Scott. We have seen how breaking up and patching up have become news in Hollywood.

And if we talk about celebrities then they also try to give some hints related to these things through social media.

Whether it is related to uploading pictures or tagging something that may give hint about it. If we talk about any breakup news that has gained a lot of attention then it is of Kylie Jenner and Travis Scott.

After getting separated from the rapper, it seems like Kylie Jenner is doing quite well in her life. The 25-year-old reality star was looking incredible as she shared some selfies on Instagram.

She showed herself in a black bra while posing for the camera on 17 January 2023. Coming to the caption then it was related to not being rude which was somewhere hinting towards her previous relationship.

Kylie Jenner Shared Selfies That Reflected On Her Breakup With Travis Scott!

As soon as Kylie Jenner uploaded these pictures a lot of fans came to the comment section and talked about this. People have complimented her glowing skin and her beauty. While others talked about her perfection and the way she shares things on social media.

This series of pictures came after Kylie Jenner made news related to her breakup. After coming back together with Travis, Kylie Jenner got separated from him for the second time. When it comes to the reason then it is not clear however, they are going to be friends for the sake of their children.

Kylie Jenner shares two children with Travis Scott. One is a 4-year-old daughter named Stormi and the other one is an almost 1-year-old baby whose name is not clear. At first, it was named Wolf however, this name was later on taken down because the name did not suit the baby boy.

Coming to the reason that has yet not been confirmed but is speculated to be one of the reasons why they got separated then it is related to their commitment to Travis.

Even after dating for almost 6 years, the rapper has not shown any kind of intention to be dedicated 100% in this relationship. Kylie Jenner wants to see the future with him but it seems like Travis is not being serious about it.