This Father's Days Kylie Jenner gave the best gift to Travis Scott of his life.

by Aashu Singh
Reading Time: 2 mins read
A A
1 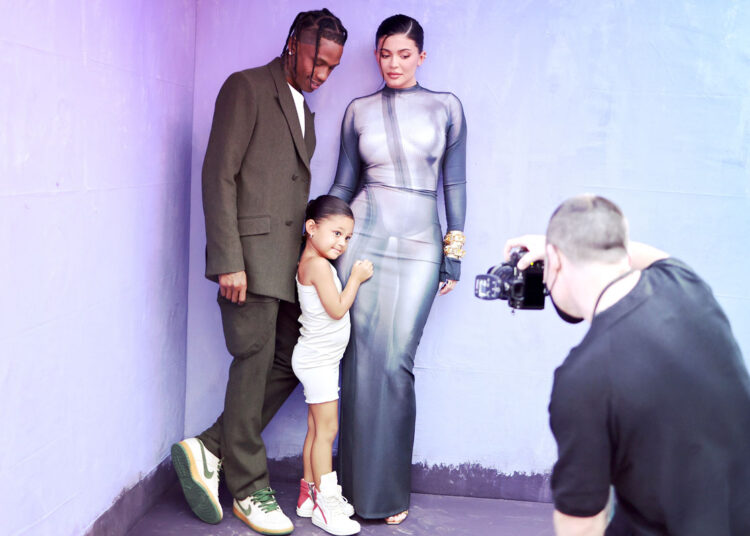 The birth of Kylie Jenner and Travis Scott’s son has recently sparked a lot of speculation. Jenner has been unusually quiet, refusing to reveal the boy’s face or any details about him, but that (sort of) changed on Father’s Day when she posted a blurry photo of the infant sleeping on Scott.

Many people are perplexed by the boy, who was once named Wolf but is no longer because their daughter Stormi is practically everywhere on social media

The boy was born on February 2 of this year, and Jenner’s only post was a photo of her holding a baby’s hand. Kris, her mother, reposted the photo.

Scott is seen in the most recent photo eating noodles on a bed while his new son sleeps on him. Jenner obscured the baby’s face with a heart, which enraged fans. They also didn’t like how blurry the photo was. Jenner stated that the baby’s name didn’t seem to fit him.

Let’s Have a look at the Kylie Jenner’s posts

“FYI, our son’s name is no longer Wolf,” she wrote on Instagram. “We just didn’t believe it was him. I just wanted to share because I keep seeing Wolf. That information came from a documentary about her pregnancy and the difficulties she faced due to it.

Kylie Jenner stated that she felt pressured to return to her normal life and simply move on after a difficult pregnancy, which she claims all mothers go through.

According to Page Six, she stated, “It hasn’t been easy for me, either.” “I just wanted to say that it’s been difficult.” We must stop putting pressure on ourselves to return, not just physically, but also mentally, after birth. “I’m just sending my love.”

Kylie and Travis have not confirmed the baby’s name yet. while talking about motherhood she said,” having a baby is the best thing that can happen to a woman”.