How did Kai go from becoming a viral star to being imprisoned for murder? The Netflix documentary has all the answers. 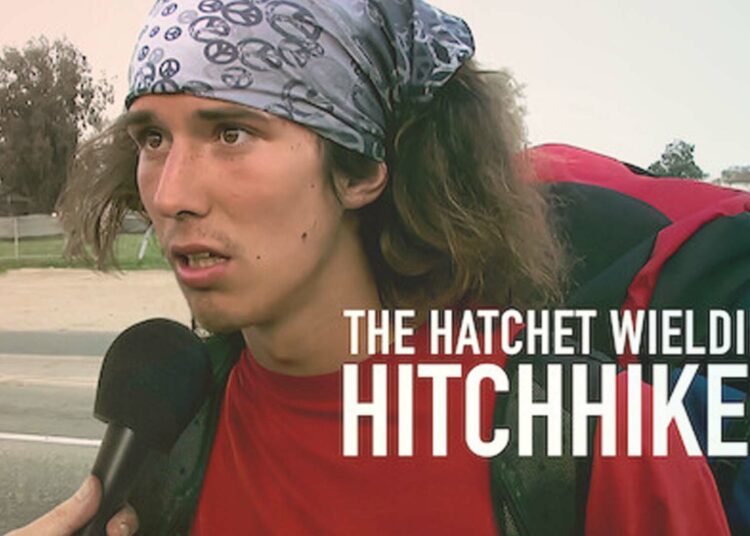 It’s been a while since Netflix released an actual crime film, but we now have our fill with The Hatchet Wielding Hitchhiker. The story of Kai Lawrence, a homeless guy who went famous on YouTube before being convicted of murder just months later, is told in the film, which is as crazy as it sounds.

When The Hatchet Wielding Hitchhiker begins, you will find it innocuous, funny, and odd – almost humorous. You’d nearly find yourself smiling after the internet’s craziest story – Kai, the Hatchet-wielding Hitchhiker, will grab you and make you feel good for some reason.

The documentary does an excellent job of introducing Kai, the sensation that swept the world. Everyone interviewed for the documentary confirms that, regardless of the booze in his breath or his odd ways, Kai had something in him that set him apart from everyone else; he was a loose cannon with nothing to lose.

Kai became famous after he bludgeoned a man with a hatchet. Of sure, he saved a life, but he also used violence. People fawning over him for accomplishing something that isn’t so black and white is fascinating to watch.

After all, this is a true-crime documentary; the ‘real crime’ begins immediately after the viral outbreak, but doubts remain about the truth. Caleb “Kai” McGillvary was a free spirit, yet he had problems from his past that molded him. Is it simply him, with nothing from his past? Is he being truthful? After the first thrill wears off, the documentary makes you examine these things.

The Man with the Hatchet Hitchhiker is an exciting documentary that will make you question many things. There isn’t just one thing going on here – there are several different elements of fame and its final fall into crime. In addition, the crime itself will cause you to doubt everything. Sure, he’s the most obvious target, but what if Kai told the truth? What difference would it have made?

These uncertainties and questions are what made the documentary enjoyable to watch. It doesn’t ask difficult questions, but it leaves room for interpretation, especially when you discover that Kai wasn’t hiding his reality from everyone around him. Instead, he was a somewhat unusual man who was always loyal to himself.

What was the cause of Kai’s downfall? And where is he now?

Unfortunately, months after going big on the internet as The Hatchet Wielding Hitchhiker, Kai made headlines for the wrong reason. He was convicted for the murder of New Jersey attorney Joseph Galfy, 73.

Lawrence claimed throughout his trial that he was drugged and attacked Galfy in self-defense. Things only got worse when the original February video resurfaced.

Following his trial in 2019, Kai, The Hatchet Wielding Hitchhiker, was sentenced to 57 years in jail. He is currently serving his sentence and failed his quest to have his murder conviction overturned in 2021.