From beginning to end, it was a harrowing yet sobering experience. 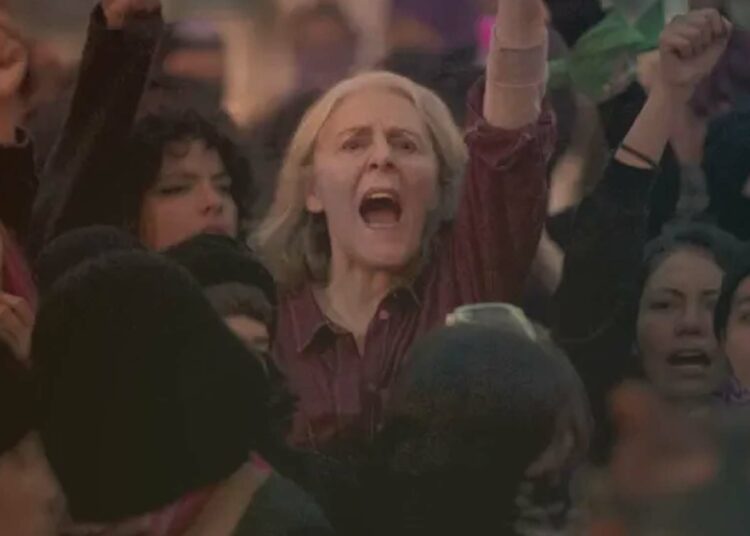 Before introducing Julia’s story, Noise begins with a haunting close-up of her. Julia is a well-known artist whose daughter, Gertrudis, or Ger for short, has been missing for nine months, with little progress made by incompetent authorities.

The police, her ex-husband, and now even her son have all pushed her to let go and go on with her life. She can’t do that as a mother. Julia meets journalist Abril in a support group for relatives of missing people, and the two start on a covert and dangerous investigation to discover what happened to Ger.

The longer we follow Julia on her quest, the more perplexing her situation seems. The film exposes a degree of corruption we’d all prefer to believe doesn’t exist as the desperate woman seeks answers. The cops use security footage of Ger taking drugs on a night out to blame her disappearance on the victim.

The few people willing to assist Julia’s family risk their safety; one lawyer who investigates missing persons works in a rundown building and is protected by armed security. There’s also a horrifying moment in which our protagonist must pay a police officer to investigate a truckload of dead bodies before the authorities brush everything under the rug.

As the story develops, the protagonist is drawn deeper into a society ruled by corruption and greed, where human life is only worth what someone is willing to pay for it. Julia only discovers the information she does since she has the funds to pay the right people.

What distinguishes Noise is how it offers screen time to as many stories as possible that are similar to Julia’s. Through the protagonist’s perspective, we meet others who, like her, are yearning for answers.

While it appears the entire world is against them, these women continue to battle for their mothers, daughters, & sisters. This movie has a solid female-centric message; despite its roughness, just enough light can come through.

Also Read: The Rock Is Promoting His Upcoming Film The Red One

Julia stumbles out of the building and into a crowd of protestors. It shows various women protesting the government’s silence regarding their lost loved ones. She becomes overwhelmed when she sees these people marching in the same suffering as she is.

Soon after, the police arrive and begin attacking the crowd. She joins a nearby building with other women in an attempt to get away.

However, she is quickly struck by one of the cops and goes unconscious. We watch her get up and walk outdoors, but no one observes her except a masked woman. Along with her, Julia joins a new world, which she returns to in her terrible visions.

She discovers that this woman is, in fact, Ger and is thrilled to have finally met her. The ending represents the helplessness felt by many like Julia, who may only find peace in meeting their loved ones after death.

While Noise is set in Mexico, its importance goes well beyond its borders. Throughout its one-hour and 45-minute runs, the film paints a disturbingly realistic image of what far too many families worldwide are forced to face when someone they care about disappears. It isn’t easy to see, but that makes it essential to watch.