The diva Aditi Rao Hydari is blessed with serene beauty and her IG posts are just mesmerizing. 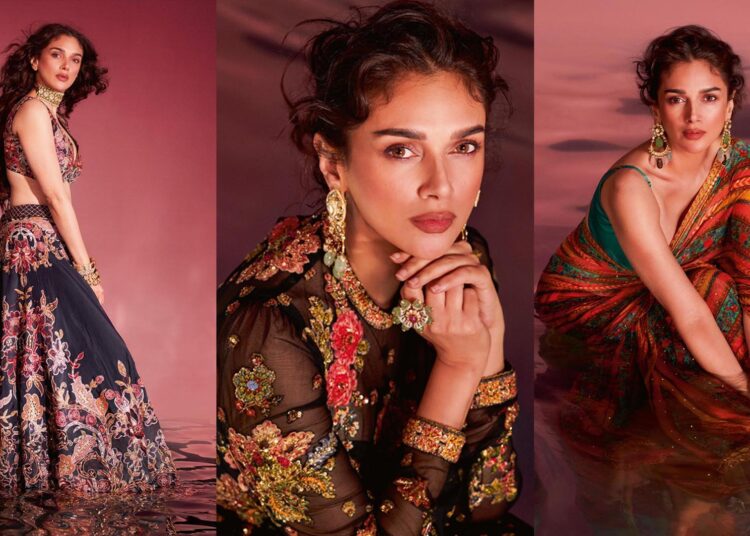 Aditi Rao Hydari is one of the most adorable actresses in the Bollywood industry, she is truly a god gifted beauty and everything about her is just perfect.

The diva always keeps it simple yet still looks personification of elegance and from fans to critics, many believe that Aditi is the most beautiful actress in the Bollywood industry.

Aditi raised the bars of fashion to a whole new level last year when she appeared at the Cannes Film Festival in a Sabyasachi black gown, she was really a sight to behold.

Coming from a royal family, Aditi made her acting debut back in 2006 with a Malayalam film and her long-awaited Bollywood debut in 2011 with a crime thriller Yeh Saali Zindagi for which she also won Screen Award for Best Supporting Actress. She then went on to be part of several other successful Bollywood films like Rockstar, Murder 3, and Padmavaat.

Here you can check out some recent posts of Aditi Rao Hydari.

Aditi has done amazingly well throughout her career when it comes to supporting roles but she then decided to shift to lead roles the decision hasn’t been the right one since the majority of her lead role movies have been a failure at the box office.

Nonetheless, Aditi is still doing amazing in her career, she has close to 10 million followers on Instagram where she drops some really mesmerizing photos.

Recently Brides Today magazine announced Aditi Rao Hydari as their Covergirl and for that Aditi has showcased some really beautiful traditional wear, in a recent IG post, she dropped a photo wearing an ensemble of blue organza wild floral print gown by designer Ritu Kumar.

A pair of Russian Emerald earrings and an Emerald Ruby Polki Ring by RK Jewellers, she looked absolutely mesmerizing in the outfit.

Meanwhile, on the work front, Aditi was last seen in the Tamil film Hey Sinamika and is currently shooting for a movie titled Gandhi Talks.