Megan Fox Was Looking Beautiful In Bikini Top For A Selfie!

The actress Megan Fox was seen in all purple as she nailed the bikini top with hat!! 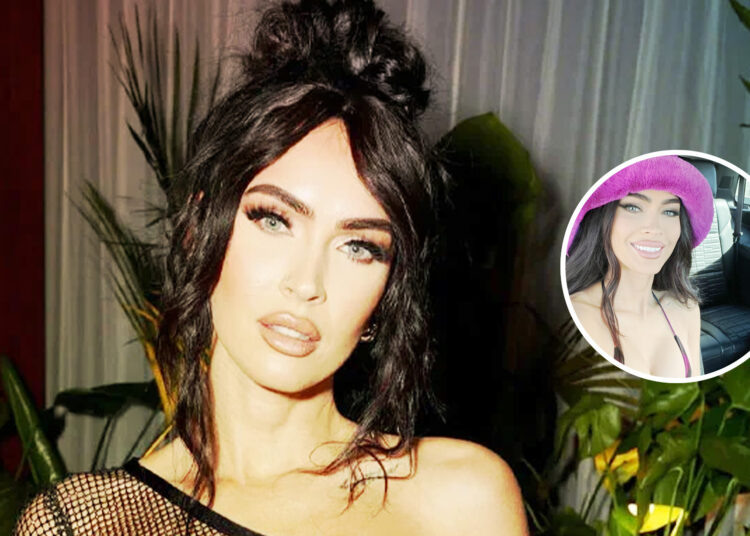 Megan Fox is looking for a girlfriend as she was seen in a bikini top. We have seen how celebrities are quite open related to their wish and needs. And that’s the reason why they always come in front of social media and express their desire.

Sometimes it is just for a funny moment while other times it is for normal things. And if we compare the things that celebrities post on social media then it takes just seconds to react. If we talk about such things then the same has happened with the actress Megan Fox.

36-year-old Megan Fox is right now looking for a girlfriend as she has expressed herself on Instagram. It was on 30 December 2022 when the actress shared the video with a message about seeking a girlfriend. She has posted pictures and a short video in which she has also mentioned applying her direct message on Instagram.

The first picture was of Megan Fox when she was looking into the camera and taking a selfie. She was wearing a purple hat and a bikini top. Coming to the place where it was taken then she was seen sitting in the car and showing a dramatic eyeliner.

Her hair was down with a bit of curly style. Coming to the next video then the actress was seen sitting in the passenger seat of the car. She lifted her hand and smiled for a moment.

Here you can check out a recent video of Megan Fox, she is Seeking a girlfriend.

When it comes to the video then a lot of fans have focused on the engagement ring which was not visible in the video. The third picture was again beautiful as she was seen wearing the same bikini top and taking a selfie while wearing the same cap. The actress Megan Fox has 20.7 M followers on Instagram and took only seconds to react to this post.

If we take a little dive into the personal life of Megan Fox then she is a mother of three children. The eldest one is Noah who is 10 years old and the youngest is 6 years old, Journey. She shares all these three children with her ex-husband Brian Austin Green. Right now, the actress engaged to Machine Gun Kelly since January 2022.

The couple is right now very much open about their relationship and that’s the reason why they have given many public appearances at many events. They have always talked about each other with smiles on their face which have definitely attracted a lot of fans.