Harry's mother posted pictures from this year Christmas that showed Harry went back to UK to celebrate holidays with his family.

by Shreya Singh
Reading Time: 5 mins read
A A
0 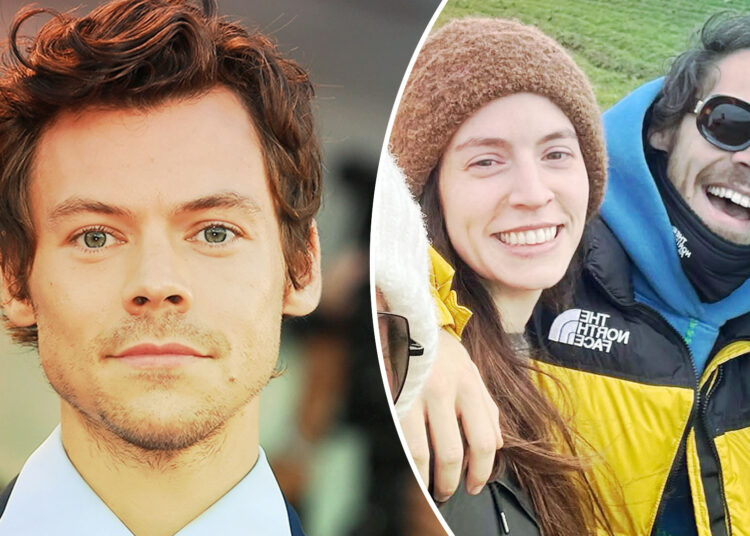 Harry Styles was photographed spending Christmas with his family after returning to the United Kingdom for the holidays.

Following the end of his tour and his recent breakup with Olivia Wilde, Styles, 28, rejoined with his mother Anne Twist, and sister Gemma, 32, for a calm holiday trip back home.

Anne Twist, the “As It Was” singer’s mother, went to Instagram on Wednesday to post a number of photos from their Christmas celebration, including a happy picture of her enjoying time with Harry, 28, and his sister, Gemma, as well as Gemma’s boyfriend, Michal Mlynowski, at home in England.

Styles was seen smiling beside his family in a field during a winter walk in images uploaded by his mother on Wednesday, while covered in a blue scarf and a yellow North Face jacket.

Harry wore The North Face’s blue sweatshirt, yellow jacket, and black gaiter, as well as sunglasses, with some of his hair, pulled back and tied with a clip. Anne was wearing sunglasses and a white beanie, Gemma was wearing a black jacket with a tan hat, and Michal was wearing a navy jacket.

Here you can have a look at Harry Styles celebrating Christmas with his Family.

Twist’s Instagram post included images of a comfortable fireplace surrounded by festive decor, a candlelight holiday meal set, a picture of her loved ones hanging out in the backyard, and their tinsel-adorned Christmas tree. “Christmas 2022 🥰🎄❤️,” she captioned.

Another photo of the family’s delicious Christmas meal shows a variety of freshly prepared festive delicacies such as macaroni pie, pigs in blankets, and Brussels sprouts.

Another shot showed Styles’ mother Anne’s huge Christmas tree, which nearly touched the ceiling and was decked up in red ornaments and tinsel.

Harry Styles and his mother appear to have a close bond. Twist used her Instagram Story in September to defend her kid from critiques of his performance in the film Don’t Worry Darling.

“If you can’t say anything kind, don’t say anything,” she said at the time. “To be honest, I’m astonished and dismayed by the vicious remarks on here. I liked the movie. Don’t go if it’s not your cup of tea…”

Twist’s message arrived the day after she went to see the film in a Parisian cinema house.

Twist captioned a photo of herself standing with a group of pals outside the theatre and another of herself smiling next to the movie poster, “First time in the French cinema.. first day showing. ‘Don’t Worry Darling’ you were wonderful!” She went on to say that she “truly loved it from start to end.”

Styles’ return to the United Kingdom after a tumultuous year for the star.

His relationship with actress and director Wilde, 38, drew a lot of media attention over the last year until their apparent divorce in November.

After Styles was cast as the male lead in Wilde’s second-directed film Don’t Worry Darling, which was released this year, the couple began dating in 2021.

Along with his successful US tour and lead debut, Styles co-starred in the film My Policeman with Emma Corrin and David Dawson and will appear in many Gucci advertisements in 2022.

This year, the Adore You singer was also accused of ‘queer-baiting,’ which refers to the marketing approach of organizations or individuals that hint at same-sex desire but do not reflect it in real life.

Styles addressed these allegations in an interview with Rolling Stone this summer.

“I’ve never talked about my life outside of work publicly and discovered that it’s helped me favorably,” he remarked.