The Class team has been wonderful to work with, especially the young cast, and they are eager for the viewers to see a glimpse of this unusual universe in the teaser. 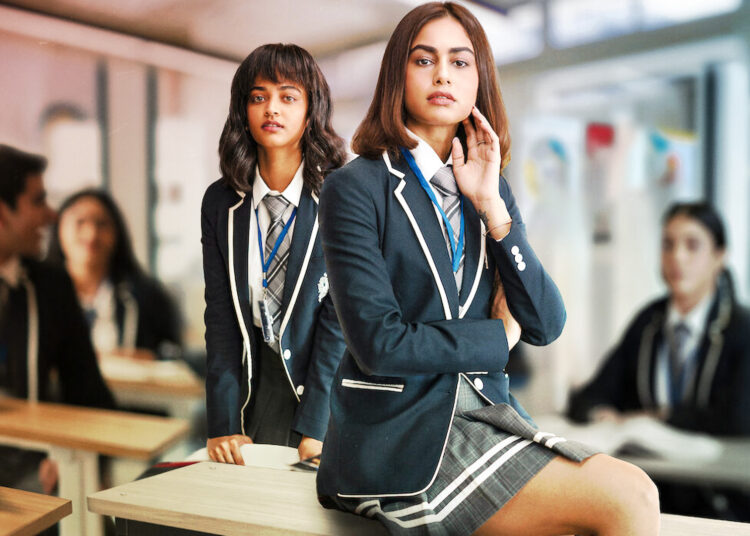 The Netflix original series Elite, which is one of the most watched shows on the platform, is getting recreated as an Indian drama called Class. The series was revealed at the most recent Netflix Global Fan Event, TUDUM.

The first season of the original series takes place in Spain and tells the tale of three teenagers from working-class families who attend a prestigious private school in that nation.

They get into a fight with the wealthy pupils who attend the posh school, which finally results in someone getting killed. It is anticipated that the sixth season of Elite, which will be directed by Carlos Montero and Dario Madrona, will premiere in the year 2023.

Class will be the title of the Indian adaptation of the show, which will be directed by Ashim Ahluwalia and produced by Bodhi Tree Multimedia. Here is all the information you need to know about Netflix’s Class.

The screenplay for the Indian adaptation of the show Class will stick to the same basic structure as the original but with certain adjustments made with the local audience in mind.

The plot of the series Class takes place at an exclusive school in New Delhi called Hampton International, where three students who come from less privileged backgrounds enroll there, and as a result, everything in their lives is irrevocably altered.

At the Netflix Global Fan Event, Tudum, where the teaser was released, the youthful, up-and-coming cast stole the show. Sukesh Motwani, Mautik Tolia, and Persis Siganporia are the producers of the show. A Class release date hasn’t been specified by Netflix yet. But we recognize your excitement!

Cast and other Information

The trailer for Class was shown today at Netflix’s Global Fan Event, which was called Tudum, and it focuses on the show’s young cast members.

Ashim Ahluwalia, the film’s director, stated in a statement that as a filmmaker and storyteller, he always imagined creating an Indian environment for Class. The adventures of each individual are unpredictable and captivating.

Young individuals are often impulsive and extremely emotional, which can lead to dramatic conflict. Nobody stays the same, and the complexities of the story make it a thrilling, compulsive watch.

The Class team has been wonderful to work with, especially the young cast, and they are eager for the viewers to see a glimpse of this unusual universe in the teaser.

Samuel, Nadia, and Christian are three new students who have been accepted into the prestigious secondary school, Las Encinas. This is where the plot of the novel begins.

After being intrigued by the latter, Carla and her lover Polo lure Christian into their psychos*xual games by having him sleep with the former while the latter is there. Marina, who constantly expresses interest in taking Samuel’s virginity while also expressing concern about disclosing her HIV status, is also attracting Samuel’s attention.

Samuel has no idea that Marina has slept with his elder, bad-boy brother Nano and conceived his child. Nadia is subjected to discrimination at school due to the fact that she wears a hijab and is receiving criticism from her father for what he perceives to be her more defiant personality.

During the first season of Elite, we are also introduced to Nadia’s brother, Omar. He has a secret connection with Ander while keeping his sexuality from his parents. The plot involving Polo, Christian, and Carla, on the other hand, is the one that ultimately results in Marina’s demise.

Polo and Carla make a deal to seduce Christian jointly, but they break it when Polo engages in oral s*x with him during a photo shoot. Carla ends their relationship after learning Polo might be gay.

Nano and Marina are preparing to elope due to the cash they earned after robbing Carla’s father of his watches. Polo meets Marina in the school pool and tries to get the watches back from her in an effort to win her back.

She makes fun of his failure to maintain Carla until he loses it. In a rage, he murders her by beating her with a trophy from their high school.