BattleBots, the robot-fighting series, is returning on Discovery and Science channels! 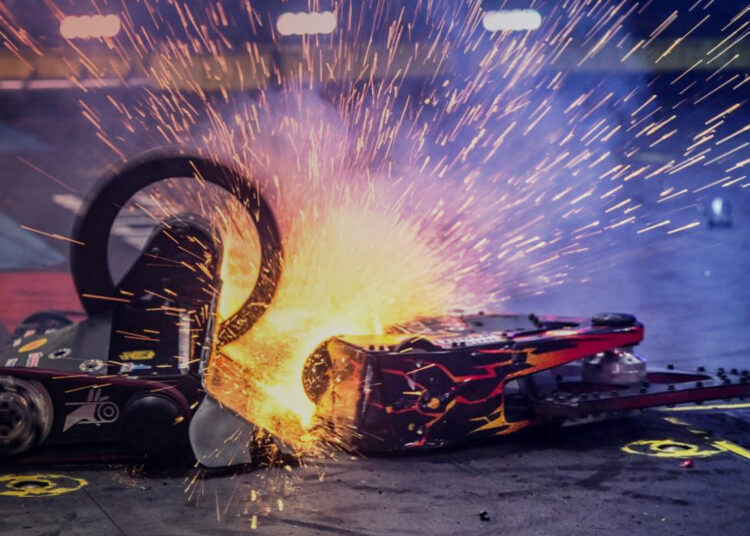 BattleBots Season 8 is all set to be released next year in January 2023, and here are the latest updates of the series you need to know.

While fighting to the death is mainly obsolete, there are still some places where brutal combat is tolerated and actively encouraged, such as Discovery Channel‘s BattleBots.

The Discovery Channel will broadcast an all-new season of the series next month, bringing with it all the metallic mayhem that fans have come to know and love over the years, with all-new teams joining the fight to compete alongside several fan-favorite teams.

What is BattleBots Season 8 about?

The series focuses on the design and construction of each robot, as well as the bot builders’ backstories and their pursuit of the BattleBots championship.

Homemade robots constructed on various platforms and armed with a wide range of lethal weapons go head-to-head, all documented by cutting-edge onboard electronics and cameras to improve viewing and give battle analytics.

The cast of BattleBots Season 8

Other cast members include Chris Rose, who will provide a play-by-play of the competition, ring announcer Faruq Tauheed, color commentator Kenny Florian, and Bot Whisperer Peter Abrahamson. The show is taped in front of a live audience.

What can we expect from BattleBots Season 8?

The most competitive field of battle robots ever assembled has arrived in Las Vegas to wage war with one aim in mind: qualifying for the BattleBots World Championship VII. Sparks fly and robots die in the renowned BattleBox arena at Caesars Entertainment Studios as 50 teams compete for the sport’s top prize: The Giant Nut.

This year’s top bots will undergo their toughest test as all teams complete a planned four-fight qualification season, armed with more lethal weapons and updated hardware. In addition, for the first time, entire battle schedules for all teams will be revealed before the World Championship VII qualifiers begin.

This year’s elite field includes a variety of brilliant new teams with game-changing designs eager to stand side-to-shoulder with the sport’s returning legends.

Tensions will rise as fan favorites such as Witch Doctor, Minotaur, SawBlaze, Hydra, Hypershock, past champion, and current Golden Bolt winner End Game, and reigning World Champion Tantrum face off against the most formidable teams from Europe, Australia, Canada, New Zealand, and South America in a series of death matches.

Who can participate in BattleBots Season 8?

To compete for the title of BattleBot Champion, teams must first submit an application that includes a team video, a realistic representation of the robot design, biographical information about the team, and technical drawings of the robot.

The tournament is open to anybody who can put together a team capable of creating a good robot. BattleBots Champions is a challenging tournament; competing teams must follow 41 pages of rules.