Alexandria Daddario stars in the upcoming AMC show based on an Anne Rice classic! 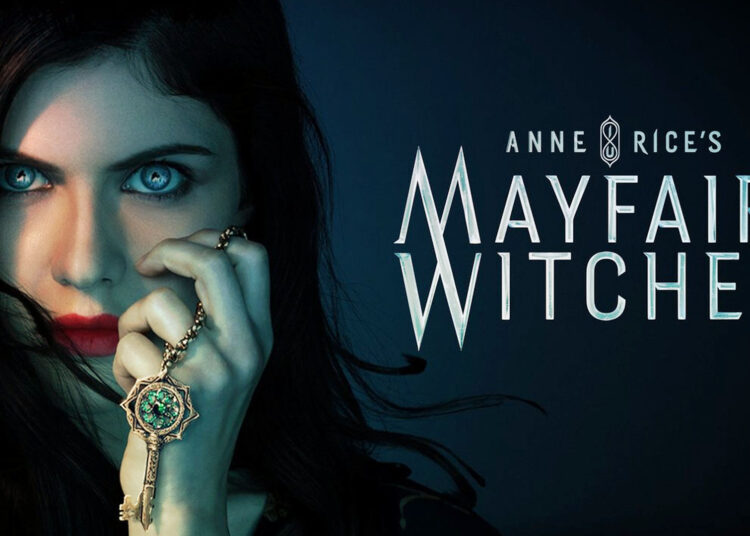 Anne Rice’s Mayfair Witches is all set to be released next year in January 2023, and here are all the details you need to know.

Rice’s vampires and witches may live in the same city, New Orleans, but their lifestyles are very different. The Mayfair witches have a 13-generation history that may be traced back to Scotland. However, their history is tainted by a dark legacy that still haunts the family.

Rowan Mayfair, a neurosurgeon, begins her hunt for answers from her biological family after discovering she possesses a terrifying ability. But she has no idea what mysteries are in store for her.

Anne Rice’s Mayfair Witches was originally scheduled to release on January 5, 2023, but was postponed for Sunday, January 8, 2023, exclusively on AMC and AMC+.

Daddario as Dr. Rowan Fielding, a neurosurgeon who discovers her ancestry is linked to the witches’ Mayfair dynasty; Hamlin as Cortland Mayfair, the father of the current Mayfair family; Chirisa as Ciprien Grieve; and Huston as a shape-shifting being bound to the witches’ family for centuries.

Grieve is a hybrid of two characters from the original novels, Michael Curry and Aaron Lightner, both of who appear in The Witching Hour.

What is the Plot of the Series?

Mayfair Witches, based on Anne Rice’s first novel of a trilogy, will focus on Rowan, a young neurosurgeon living in California.

Much to her surprise, Rowan discovers that she is the new heiress of a particularly famous Mayfair family following the death of her estranged mother, Deirdre. As she learns more about her family heritage and background, she finds she has unique abilities.

In addition, Rowan must cope with a sinister force that has long been there in the family and haunted them for centuries as she struggles with her newfound powers and attempts to adjust to her new identity. If the series is extended for another season, subsequent episodes may contain the remaining two books in the novel series.

The official trailer for Mayfair Witches highlights the dark, gothic atmosphere and the tension-laden storyline that both stories will likely share.

According to the trailer, Rice’s perspective on the life of witches will be seen through the eyes of an unaware, untrained novice who will delve into the history of the Mayfair family to find her true identity, as she has done in her other stories.

Through the magnificent and slightly trippy cinematography, the teaser also demonstrates that this fantasy story will be a few notches over and above what we are used to seeing in the genre.

It’s like playing a narrative game. Aside from the magical settings, the series will also explore magic and folklore, secret groups, and other aspects of witchcraft that will make the experience more intriguing.

Mayfair Witches by Anne Rice will appear exclusively on AMC and AMC Plus. Most cable packages contain AMC, as do live TV streaming providers such as FuboTV, Sling TV, and YouTube TV.

If you’ve cut the cord, you can sign up for AMC Plus directly or add it to a current streaming package via Prime Video, Apple TV Plus, or Roku.