Team Z has kept their chances alive after escaping their last game with a last-minute draw! 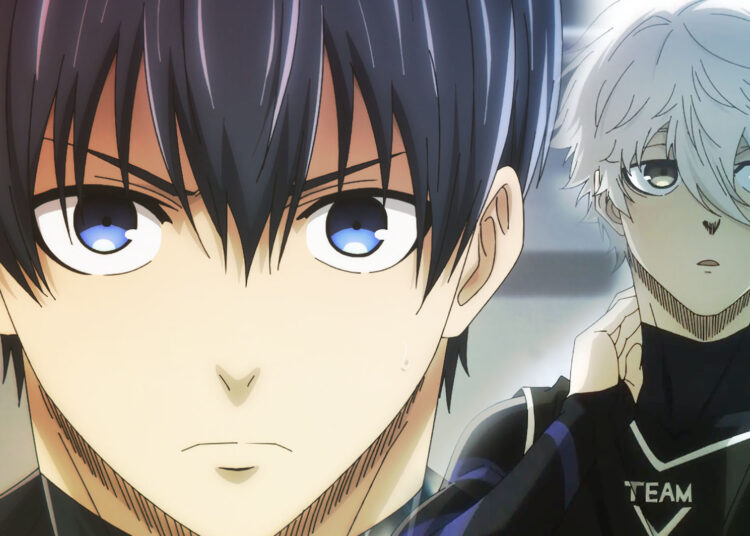 At the end of the Blue Lock Episode 8, Isagi was shocked after team V copied their trick in no time.

In “The Formula of a Goal,” the eighth episode of “Blue Lock,” Isagi and his teammates learn that they must win their game against Team V since the scoring table has changed.

Unfortunately, Isagi can’t sleep since he has a significant game coming up in a day, so he goes to practice alone while the rest of team Z also has difficulties sleeping. They devise a strategy to stop Team V, but it goes differently than planned.

Just before their game against team V, team Z learns that the game between team W and team Y finished in a draw. So, if they don’t want to lose, they must win their final game. Team V feels a lot of strain because their opponent has beaten every team they’ve played.

Kuon has stated unequivocally that he will not be participating in the club. He already has three goals. Thus he will automatically go to the next round of selection.

When the team questions whether anybody in the competition can equal Kuon’s goals, Jinpachi Ego appears on the big screen to inform them that the player with the best Blue Lock ranking will advance to the next round.

He then instructs the players on Team Z to enhance their goal-scoring abilities by recalling how they have previously used their armaments on the field to score.

Finally, ego encourages them to listen to everything, from where they stand to how they dribble and shoot, to devise a coherent plan for scoring the winning goal.

Isagi can’t sleep because Team V’s game is in 24 hours. Instead, he decides to go to practice. Barou is training by himself there. Even though they don’t know one other well, Isagi doesn’t hesitate to seek his help.

Unfortunately, Barou is careless about him, so he fires a ball directly in his face. But Isagi doesn’t give up and continues to make him fight for it. Barou tackles Isagi one-on-one and easily defeats him to teach a lesson.

Isagi deduces from his opponent’s movements that he has a specific range from which he usually shoots at the top right corner of the goal.

When they play one more time, Barou scores again, but this time from a greater distance, proving to Isagi that his shooting range is greater than he believed. Later, team Z has a meeting to discuss how they will play the next game. There are just 10 of them since Kuon will not play.

Team V choose to begin by playing defense because their attackers have been the best in the competition thus far. They want to score a goal with a surprise counterattack once they regain control of the ball.

Despite the primarily preparatory nature of this week’s plot, production house 8-Bit does an excellent job of maintaining the show’s emotional intensity.

Every one of these characters has come so far, and the idea of never going any further is evident in the way 8-Bit presents the visuals in this episode.

When everything is said and done, Blue Lock Episode 8 provides a solid, if not outstanding, narrative. With the next game beginning, the following episode should develop on this week’s foundation.