The MM311 from Cooler Master is an essential gaming mouse with pleasant aesthetics, a variety of customization possibilities, and a reasonable price! 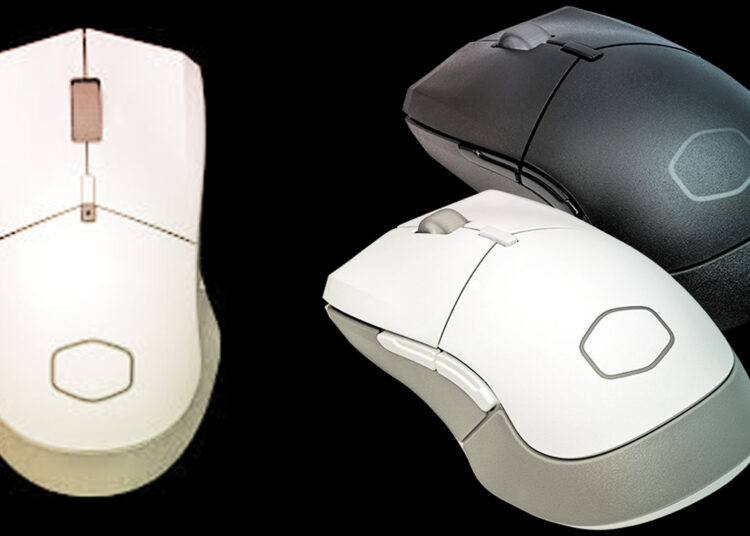 The Cooler Master MM311 gaming mouse is aimed at budget-conscious and beginner gamers, with plenty of programmabilities at a low price. It’s not a fancy mouse, but if you’re on a limited budget, the $39 wireless clicker can be your finest gaming mouse.

The MM311 fits comfortably in your hand, with delicate curves that sweep inward for your thumb and cup your palm. It’s also very light at 77 grams, so it won’t strangle your wrist.

The Cooler Master MM311 mouse is available in black, white, and gray. It is ergonomically designed, and it is also symmetrical, which means that lefties are not excluded.

It’s a little pinched in the center, so your fingers may rest comfortably on either side, and both the left and right buttons have a slight indentation to assist your fingertips into place. The hump on the mouse’s rear is prominent enough to fit comfortably into our hand regardless of grip.

It’s also simple to use due to its modest weight (77 grams with the battery). Aside from the left, right, and scroll wheel buttons, there is a DPI button (the only one that cannot be reprogrammed) and two side buttons on the left.

There’s also a power button and three PTFE feet on the bottom to let the mouse glide across surfaces.

At $39.99, the Cooler Master MM311 is a beneficial deal. Unfortunately, Cooler Master’s MM311 rollout appears to be restricted to North America for the time being. However, because it is new, it should be available in other areas sooner rather than later.

The PixArt Optical Sensor in the Cooler Master MM311 performs well on dark and light desktop surfaces, like mouse pads. It doesn’t function on glass, so if you’re gaming on a coffee table, bring a mouse pad. It only has 2.4GHz wireless connectivity, but it’s robust and fast.

Because the switches are mechanical, they make a pleasing sound when pressed and appear to actuate swiftly. They’re also quite durable, with the ability to endure up to 60 million presses.

You can program Macros, shortcuts, and multimedia keys into five of the six buttons and program them to trigger a mouse or keyboard press up to fifty times in a row.

The Cooler Master MM311 acts as a single standard AA battery, which is less eco-friendly than a built-in rechargeable but is simple to replace.

Cooler Master predicts that the MM311 will last about 115 hours, well before the battery has to be replaced. Depending on how you use the mouse, this might range from weeks to months.

The Cooler Master MM311 Wireless Gaming Mouse is lightweight, responsive, and accurate. It’s intended to move so flawlessly that it doesn’t seem like an addition but rather an extension of your hand.

The MM311 is affordable for a fully customizable and ergonomic mouse, retailing at $39.99. The stats of the MM311 need to be more outstanding for esports players, but they’re adequate for recreational gamers.