The Sita Ramam star Mrunal Thakur has a top-notch ethnic wear game and she proves that from time to time. 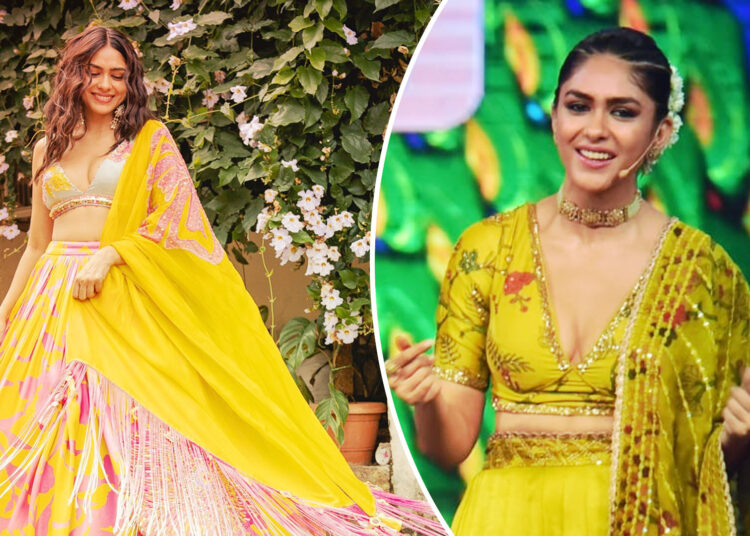 Mrunal Thakur is among the actresses who can rock any outfit with their charm on any given day, be it Western wear or evergreen ethnic wear, she can redefine her look in any of the outfits.

Mrunal is currently one of the most popular divas in the Bollywood industry and her rise to the top of the industry has been nothing short of spectacular.

From print media to social media, Mrunal has been making headlines everywhere. On the professional front, the start of 2022 was quite bad for her as she was part of the Bollywood film Jersey which failed miserably at the box office; however, she was part of a successful movie Sita Ramam which was released in August.

And it was also her Telugu film debut, and she was quite successful to win the heart of fans as the movie did amazing collections in the south belt as well as in the north belt.

Here you can check out the video of Mrunal Thakur from the IFFI Event.

Mrunal is also quite active on social media, especially Instagram where she shares regular updates with her fans, and in a recent post, Mrunal Thakur shared a short video showing glimpses from the International Film Festival Of India, Goa event, she was wearing a beautiful green lehenga from the shelves of celebrity designer Archana Jaju and was looking absolutely mesmerizing.

The scintillating lehenga was loaded with motif embroidery and heavy borders with pink shades, the backless choli was a perfect match and Mrunal absolutely rocked the ethnic look like she always does.

Her makeup included contoured cheeks, smoky eyes, and a red shade on the lips while she left her hair open in light curls.

Meanwhile, on the work front, Mrunal has some exciting projects lined up for next year, she will be seen in Pippa, Pooja Meri Jaan, and Aankh Micholi and Gumrah, the shooting of the former two has been wrapped up and the latter two are getting filmed.