The conversation between Hailey Bieber and Selena got revealed amid their meeting on 16 October! 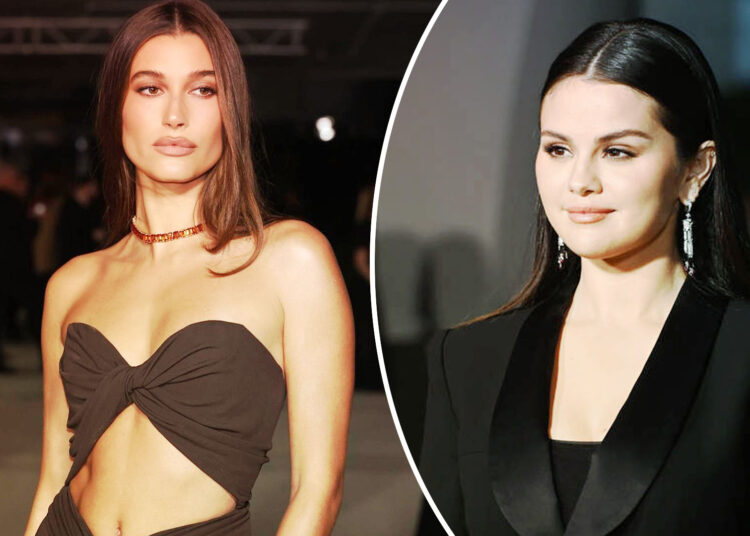 After the recent podcast of Hailey Bieber, there are rumors that Hailey and Salena Gomez’s Conversations got revealed. Let’s find out the truth.

There are a lot of things that happened in Hollywood and shock almost every person around the globe. Whether it is related to some of the celebrity’s personal life or the professional ones, most of them are in talk and get surrounded by controversies.

Something like this recently happens when Selena Gomez and Hailey Bieber were together under the same roof and posed together. After having some pictures, it is now revealed what exactly they have talked about during the Gala.

The Truth about Hailey Bieber and Selena Gomez’s Conversation.

When Selena Gomez came together with Hailey Bieber then a lot of fans of her got shocked. They posed together as best friends forever on 16 October at the Annual Museum Gala in Los Angeles. According to many sources and reports, both of them were not going well with each other because of Justin Bieber.

It all started when Selena Gomez got separated from Justin Bieber in March 2018 and later on, he got married to Hailey Bieber in September 2018. But when it comes to their recent photographs, it seems like there is no rivalry going on between these two beauties.

According to the source: “Hailey said that they talked for quite some time and although they did not get into anything too deep, they were able to be real with each other about where they are now.”

Both of them have not given any kind of focus to the rumors and speculation that were going on for years. It was just a few weeks ago when Hailey Bieber opened up about what happened when she was in a relationship with Justin Bieber.

The interview was has asked her whether she was dating Justin Bieber at the same time when Selena Gomez and her husband were in a relationship. In reply to it, she said she is not the kind of person who will steal someone from someone else.

According to the source, this meeting of Selena Gomez and Hailey Bieber was much needed as Selena had nothing but love for the model. Both are hoping for each other’s good and letting all misconceptions away from them.

According to the source, both the ladies have already cleared up all the issues before coming together on 16 October. The model was aware that Selena would be there at the Gala and that they would be inside one museum.

The source continued and said: “Hailey knows she has her whole life in front of her and she doesn’t want this false narrative to continue forever. Hailey thought it was really lovely being able to put this behind them. The last thing in the world she wants is to have drama with anybody, let alone someone she completely respects as a woman.”