The Dell XPS 13 (2022) comes with improved technology and some controversial design modifications, but it's still an outstanding laptop for everyday use at an affordable price. 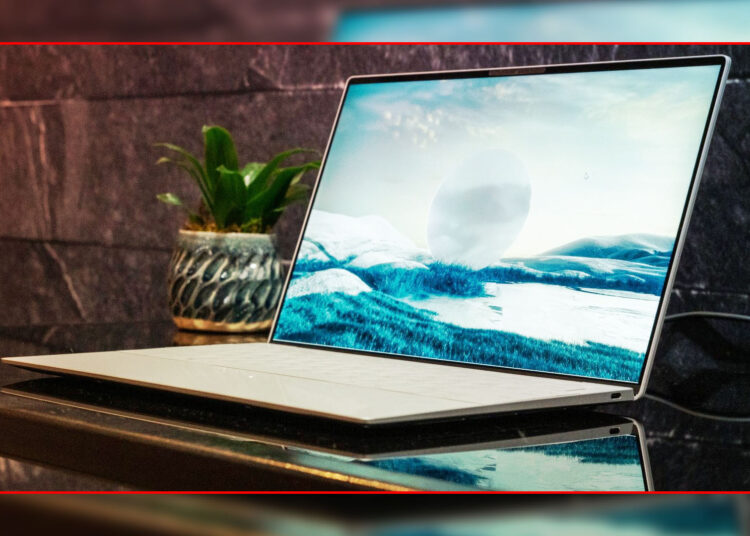 The Dell XPS 13 Update: First and foremost, the XPS 13 is exceptionally light, and its thin dimensions make it an ideal laptop to throw in a bag as you rush out the door. The appearance is similar to its predecessor and has the XPS line’s brushed aluminum frame, with the most remarkable difference being the possibility to order it in a purplish-blue color choice, Umber.

The display is full HD+, which means it has a 1920 x 1200p resolution with a 16:10 aspect ratio and can be as bright as 500 nits. Unfortunately, it isn’t an OLED display, so that it won’t have the brilliant colors of the Asus ZenBook S 13 OLED, but it is clear enough to view what you need to see.

The 16:10 display is stunning and simple; however, a 13-inch laptop isn’t big enough to run multiple windows in one go. The XPS 13 (2022)’s major flaw is its lack of ports. There are just two Thunderbolt 4 ports available.

Because these are USB-C ports, any USB-A or other input will require a conversion dongle to function. Dell supplies two in the package with the XPS 13, a USB-A to USB-C adapter, and a 3.5mm audio jack to USB-C adapter, but you’ll probably need more, which can seriously limit the laptop’s portability.

The Dell XPS 13 Price and availability

While streaming Netflix, the XPS 13 with Full HD+ display could last up to 12 hours on a single charge. Meanwhile, the 4K+ model has a battery life of up to 7 hours, which isn’t awful.

Those are good statistics, and they should be plenty to carry you through the day without a recharge, especially with the Full HD+ model. Still, compared to the figures Dell touted last year, it’s a bit of a step back. For example, charges range from 0% to 100% in around two hours.

The Dell XPS 13 (2022) is designed to be a low-cost, ultraportable laptop that can perform what most people need it to accomplish: online surfing, video streaming, and perhaps messing about with a handful of spreadsheets for work or report writing on an airline.

The most noticeable issue is when you try to run the resource-heavy app on the XPS 13, like Adobe Premiere Pro, Blender, and Photoshop. Most tasks will be completed, but anticipate them to take much longer than they would on a much more professional workstation like the MacBook Pro 13-inch if they are completed and do not simply stop or crash.

The primary reason for nerfing the XPS 13 is, I assume, to differentiate it from the Plus variant, which utilizes a more typical 15-watt CPU. Less power implies less performance; in this instance, it’s much less. It’s even slower than last year’s 11th-generation model. But, with a 9-watt processor and only two Performance cores, it’s to be anticipated.

The Dell XPS 13 is still not as powerful or long-lasting as the MacBook Air, but for $829, it’s a deal. I appreciate Dell’s willingness to use pricing as a weapon against Apple, even if it meant making a few concessions. For example, if I could find a method to restore a headphone port, I’d have no hesitation in recommending this laptop to most folks looking for a Windows laptop. You won’t find a better quality laptop under $1,000.