The Wonder has released the trailer which was loved by citizens as Netflix released many details through trailer! 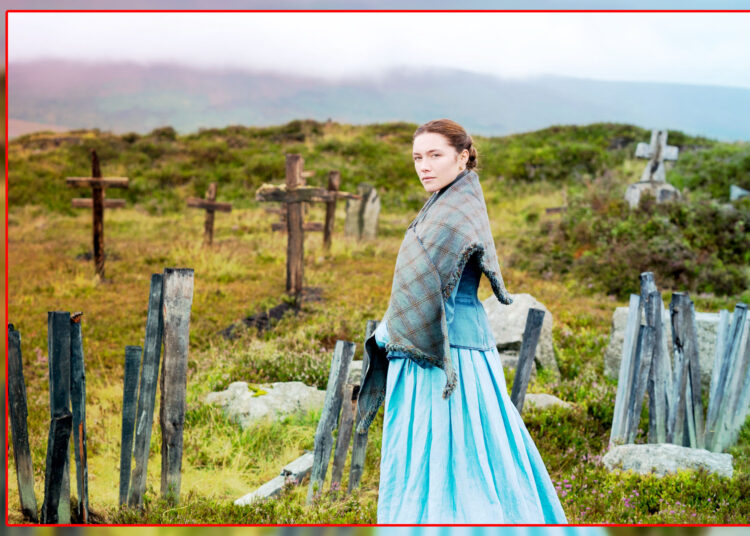 The Wonder Update: There are a lot of movies and series that are coming and going to release in a few days. Some are driven by historical facts while other depicts the story of real life. Talking about the most anticipated among the trailers of any film and series then quite a few names came forward. Among them was the film called The Wonder which stars Florence Pugh. The movie has recently released the trailer and has got a lot of love from the audience.

It was back in August 2021, Netflix released the first image of Pugh as the English nurse she plays in the movie The Wonder. The actress was posed in front of a misty cemetery, facing the camera while donning a blue frock and a flannel over her shoulders.

Coming to the trailer then Netflix has released on 4 August 2022. The trailer has got around 32000 likes with 12 lakh views. In the trailer, we see Florence Pugh back with the character of classic where she carries a very serious look according to the story.

The Wonder has already got released at Telluride Film Festival on 2 September 2022. It is based on a novel of the same name that was written by Donaghue.

Coming to the trailer a lot of people liked the actress Florence Pugh. One of them said that anything with the actress is going to be good and appreciated for being a phenomenal actress. While others said that Florence Pugh never fails to deliver her best.

Apart from Florence Pugh, the film consists of a great cast that goes well with great characters in The Wonder. We have big names that have shown the best of themselves in many previous works. So here are the caste and characters of The Wonder movie:

According to the best synopsis presented, it was said: “Anna O’Donnell (Cassidy) is an 11-year-old girl who claims not to have eaten for four months, surviving miraculously on ‘manna from heaven.””

It then continued and said: “As Anna’s health rapidly deteriorates, Lib is determined to unearth the truth, challenging the faith of a community that would prefer to stay believing”