Britney Spears was seen dancing off as she was in a goofy mood while wearing yellow top! 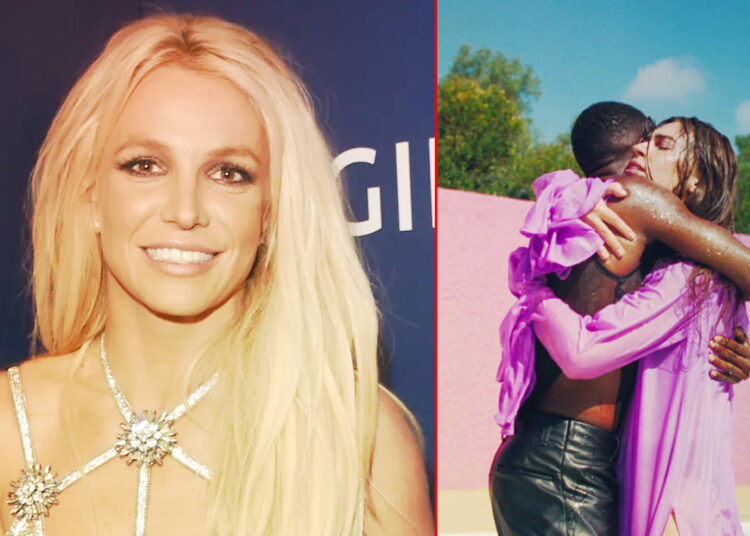 Britney Spears shared a dancing video of herself on her Instagram after releasing her sound Hold Me Closer.

We have seen a lot of Hollywood celebrities dancing to their heart. And that is the reason why they don’t care about what the people are going to say about their steps or their expression, they just bang on it.

The confidence they carry can be also seen through the way they post these things on social media and when it comes to fans then they love it. Something like this happened with Britney Spears who was recently seen doing a wicked dance in a crop top.

Also Read: Penélope Cruz Puts on a Busty Display for a Fashion Shoot

Here you can check the video of Britney Spears.

Britney Spears the 40-year-old  pop singer and dancer was recently seen dancing her heart out in one of the videos which she uploaded on social media. Britney Spears was looking very focused and her energy was full as she was doing different kinds of moves with her legs and Arm. She was wearing a long sleeve crop top that was yellow and matching sorts.

Video of the singer came on 30 September 2022 where we have seen her with blonde hair. Her hair was tied up in a ponytail that was swinging around as she was dancing with fun.

The singer was barefoot and giving a perfect move while there was no one in the room. In the caption, she has written nothing but “Nails and Sadness” and added an emoji.

Soon after Britney Spears uploaded these things, a lot of fans came on social media and commented that no one can dance like her. While other said that she is made up of pure gold and that is the reason why her moves are gold. Some people even called her gorgeous.

It was recently when Britney Spears released a music video of a song called Hold Me Closer with the legend Elton John. Most people expected Britney Spears to come in music videos after so many years but she was not there because of her heavy and busy schedule. One of the reasons behind it was that she liked the dance video and want it as the original.

According to the source when Britney Spears was involved in the production and saw the final result of the music video then she cried her heart out. The source even said:

“She got super emotional and cried happy tears when she saw the final version. The interpretive dancers were flawless and, being a dancer herself, she feels that they conveyed the feeling that she wanted the video to have, which is hope, love, and triumph.”