Bling Empire is an American production that premiered on Netflix on January 15, 2021. 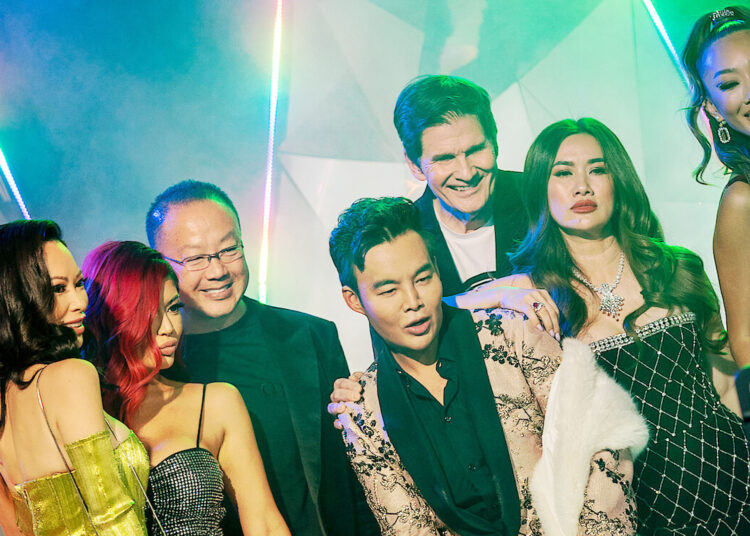 Bling Empire Season 3 is all set to release this October 2022, are you excited to watch the series?

The reality television show Bling Empire is an American production that premiered on Netflix on January 15, 2021.

The series covers the lives of rich East Asian and East Asian-American socialites living in Los Angeles as they negotiate their daily lives, which consist of expensive parties, unprecedented glamour, and sheer drama.

It is the first reality television series to be produced in the United States in which the primary cast members are all East or South East Asians who currently reside in the United States. Additionally, a review aggregator for the series on Rotten Tomatoes claimed a 90% approval rating based on ten reviews, with an average rating of 6.7/10.

And in season 2 the series increased the bar by introducing new friendships, new romances, and of course, new feuds to go along with the existing ones, making it equally as exciting as it was messy.

So, if you’re wondering whether “Bling Empire” season 3 will be released and, like us, you’ve already binge-watched this episode, we’ve got the information for you, including the release date, cast, plotline, and more.

Bling Empire Season 3 will debut on October 5, 2022, according to official confirmation. The official Twitter handle for Netflix Golden shared the post, which served as further confirmation of this information.

Like the previous two seasons, the upcoming one is expected to include at least eight episodes, each lasting between 28 and 47 minutes.

As of September 27, 2022, the specific episode title and season synopsis have not been announced; however, they will be made public once the episodes begin to air on the streaming service that same day.

Following are the principal cast members who are anticipated to return in the upcoming season:

Male model who was adopted and raised in Philadelphia but was born in South Korea. The series is narrated to the audience by him.

Developer and investor in real estate from Singapore, with family businesses in shipping, oil, and tankers in addition to real estate.

Co-founder of Beverly Hills Plastic Surgery Inc., philanthropist, and collector of designer clothing. She took part in the 30th season of Dancing with the Stars in 2021.

Christopher Chiu is a plastic surgeon and has been married to Christine Chiu. It is said that this individual is a 24th direct descendant of the Song emperor.

Chinese-born film producer and entrepreneur, Kelly made her own way in the world. She dated actor Andrew Gray throughout season 1.

Season 3 of Bling Empire will undoubtedly pick up where season 2 left off, with Kelly facing the drama of Andrew’s return. In addition, we’ll probably see what happens immediately after Anna and Christine spar, with a particular focus on whether they confront Kane about his trouble-making activities or not.

Season 3 may delve deeper into Kevin and Kane’s friendship as well as Kevin and Kim’s relationship. Both Jaime Xie’s professional and personal activities can remain in the spotlight.

On September 21, 2022, the official trailer for the film was made available online with the tagline. This tagline provides a glimpse into the storyline of the film.

In the teaser for the third season of Bling Empire, Kelly Li Mi asserts that there is nothing more enjoyable than “fashion, champagne, and shoes.” And that’s just what she and the rest of the cast have in store for us this season.

When the time draws near for the release of Bling Empire Season 3, the streaming platform Netflix will be the only place where the series can be viewed.

Additionally, all of the previous episodes of the show will also be available on Netflix through a variety of subscription packages. The Netflix streaming plan you select will determine the video quality and the number of screens you can utilize at once.

If you sign up for any of their services, you won’t be charged anything extra to stream movies and TV shows, play mobile games, or do either.