Bling Empire : Check Out All The Hints That The Trailer Has Left

Bling Empire Trailer Out: Some Spicy Drama In The House 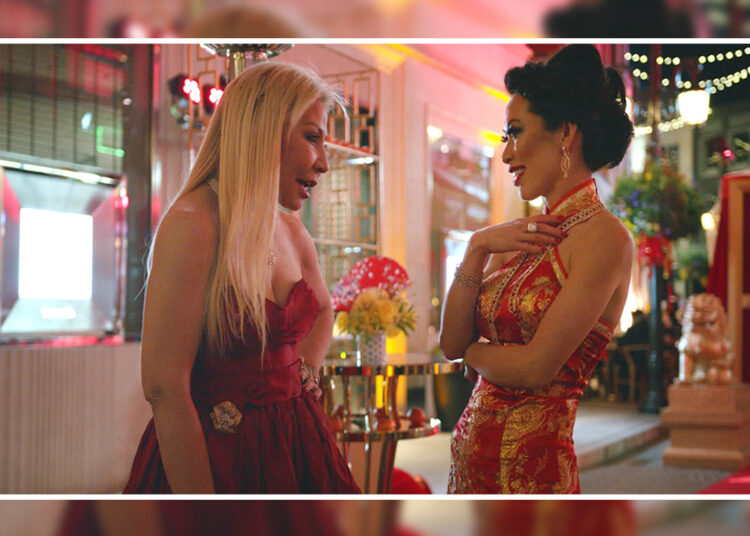 Bling Empire Season 2 is going to be one hell of a ride. Fasten up your seat belts ’cause it’s going to be launched on Netflix.  Make sure to catch up not missing any second of the drama.

The series shares its own set of similarities with the real-life Crazy Rich Asians. Yes!! It’s correct Bling Empire revolves around some rich Asians and Asian-Americans.

In addition, where do you live if you are that rich?? The correct answer is Los Angeles. The series is more like showing off the extraordinary lifestyles of the rich Asians. Iin addition, to also, going through the personal and professional changes in their lives.

Bling Empire Season 1 certainly raised up the barrier, by bringing up all the heat. Getting all the drama, be it during a party. In addition, how we can forget, to throw adult toys or fight over a necklace. Anthough, bring super rich do you really care about a necklace only worth hundreds of thousands of dollars??

Cast Members You Are Going To See Season 2

This season will have some special guest features. The cast members will be:

In addition, to also introduced us to two new cast members:

And fans who have seen Season 1, might like this news. But you won’t see Cherie Chan and Jessey Lee on the show for this new season.

Expectations From Season 2 Of The Series

The much-awaited Bling Empire Season 2 trailer is finally out.

Kevin Kreider in the starting of the trailer. He said: “let’s take it all to a whole new level”.

The trailer featuring Kevin and Kim shows a glimpse of them trying to date each other. Although, Kim seems to have second thoughts. Considering the fact that in the past, Kevin is known to have dated a lot of girls.

Guess!  There is going to be a rush of high drama between the two. As the trailer also gave us a glimpse of Kim crying over some lie.

On the hand, Kelly also has some big revelations for us. Confessing in the trailer that:

“Jessey has another family.”

After the big reveal, everyone is taken aback and quite shocked. Cherie has already revealed to everyone that she is planning for the right time. And Jessey is waiting to marry her. In addition, back on September 8, 2021, Jessey married Cherie.

The trailer gives you a glimpse of all the drama. You can also see Christine getting taunted by Anna for displaying her wealth. In addition, Christine received a call on the show from Kathy Hilton. Newcomer Dorothy won’t hesitate to back up from the conflict. Going against Kane in the trailer. Where she can be heard saying,