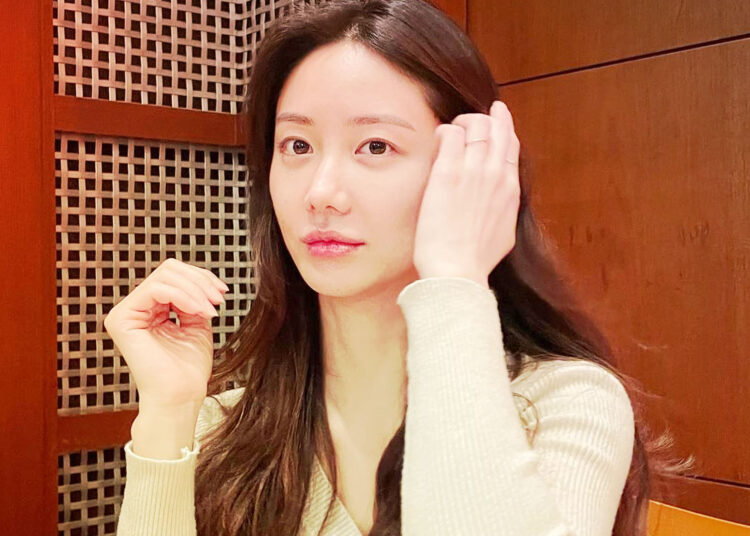 The South Korean actress and singer, Han Groo have divorced her husband after seven years of marriage. Han Groo’s marital status was recently confirmed by her company SBD Entertainment, which stated, “It’s true that Han Groo recently finished the divorce proceedings. The kids will be raised by Han Groo. Since it involves the actress’ privacy, we are unable to provide any specific information.”

The actress got married in 2015 to a non-celebrity in a private ceremony at the Grand Hyatt Seoul hotel. Before agreeing to be married, the two dated for almost a year. Her ex-husband is nine years older than her.

Han Groo’s artistic endeavors were put on pause for a considerable amount of time due to her marriage and subsequent pregnancy which made some people believe that she had made the decision to stop her career. In 2017, the couple welcomed their twins, a boy, and a girl into the world.

Han Groo divorced her husband after 7 years of Marriage.

Through the release of her first EP, “Groo One”, in 2011, Han Groo made her solo singing debut. A few months later, Han Groo made her acting debut in the suspenseful drama “Girl K” (also known as ‘Killer K’). In 2011 she was also nominated as the Best New Female Artist at the 2011 Mnet Asian Music Awards.

She subsequently signed up for her first network series, the MBC daily drama ‘Just Like Today’, stating that after reading the screenplay, she felt immediately drawn to the character because of how similar the character was to her real-life personality: “who’s bright and happy despite her challenging situation.”

Han Groo, who previously appeared on television in supporting parts in ‘The Scandal’ and ‘One Warm Word‘, made a comeback in the romantic comedies ‘Can We Get Married?’ (2012) and ‘Marriage, Not Dating (2014), play the leading role of a lady who falls for a bachelor with commitment problems.