Harry Styles And Olivia Wilde Were Seen On A Date Amid Break-up Speculation!

Harry Styles was seen with his love lady Olivia Wilde after multiple speculations of break-up! 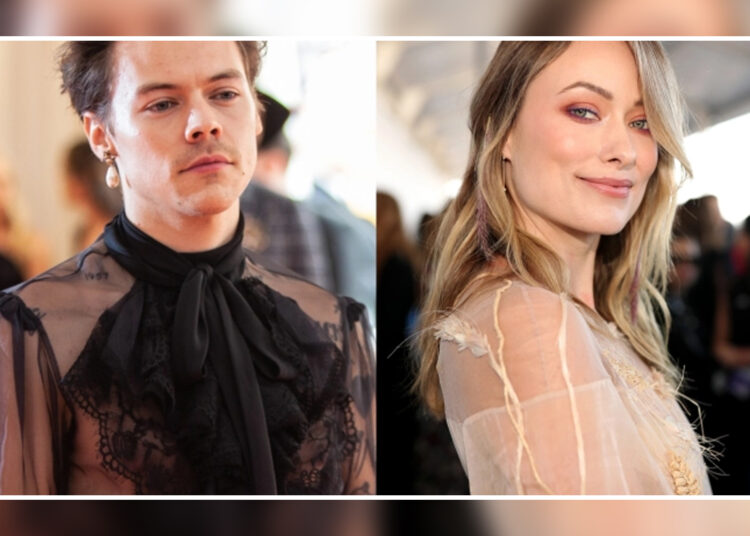 Harry Styles And Olivia Wilde Update: When nothing was well in the surroundings and the best way to make oneself active or happy is to spend time with those who care about you. Sometimes it is the family while other times it is their partner who gives them the company.

And if partner then nothing could be best than a date that solves every problem. Talking about such things then we have seen some celebrities going on a date after getting surrounded by some controversies. Among them are Harry Styles and the actress Olivia Wilde.

After kissing each other very passionately the couple Harry Styles and Olivia Wilde were now seen enjoying a dinner date. The relationship between them is going very stronger despite all the drama that is around it them related to the movie Don’t Worry Darling.

Harry Styles And Olivia Wilde Were Seen On A Date

It was on 23 September 2022 when the loving couple was seen in New York having a casual date in one of the Mexican restaurants. Coming to the look them Harry Styles who wearing a Navy tracksuit while the actress was keeping herself in fashion with her white T-shirt.

Olivia Wilde was seen without makeup and having a conversation with Harry Styles. Her hair was open while they both were seen sitting at the table.

According to the source, the couple has decided not to give any attention to the media and the rumors but just to each other. It was also said:

“They both really wanted to keep their relationship out of the spotlight when they were promoting this film and they think that they did this. The love that they share this unbreakable bond, and they are both so supportive of each other’s careers and would never do anything to let that come in the way of their relationship.”

Harry Styles and Olivia were together ever since they started working on the movie Don’t Worry Darling. They came together in 2020 and it’s been 2 years. It is not just related to having a good relationship with the actress but also the understanding they have always carried for themselves and their work.