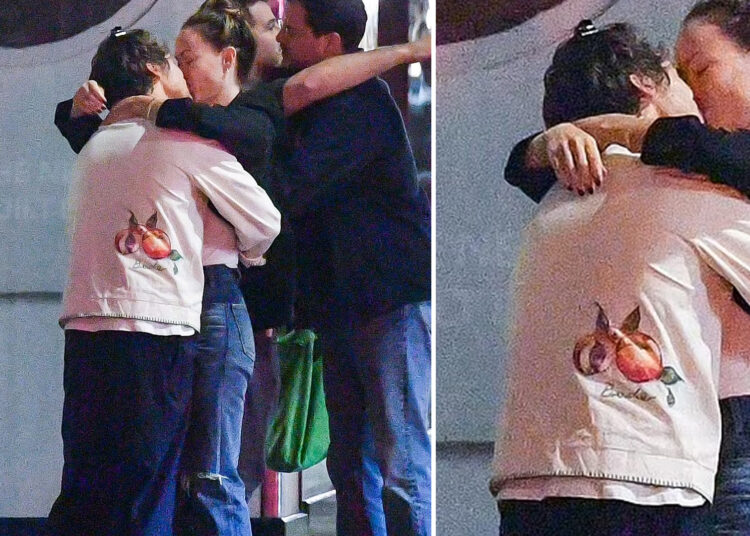 Harry Styles Update: Love is something that does not need any time and circumstances to follow because it comes very naturally to people. Whether it is any common person or any celebrities, we have seen them so much happy if they have found their perfect match or love.

Talking about such things then we should not forget about Harry Styles and Olivia Wilde who are so much in love as they were recently seen kissing each other passionately.

Just before the release of their movie called Don’t Worry Darling, Harry Styles, and Olivia Wilde were seen kissing each other very passionately. The couple has confirmed that whatever the drama going on around the movie is not going to affect them any longer. And that is the reason why they are trying to have all the lovely moments with each other.

Harry Styles and Olivia Wilde are dating each other since 2020. It was recently on 23 September 2022 when the couple was spotted where they hugged each other while walking between the crowds of some friends. Harry Styles was seen holding their hands Olivia and later on, kept his arm around her to protect her.

While other times they were seen looking into each other’s eyes and smiling. They both were wearing blue jeans while the actor was also carrying a jacket with some print. Meanwhile, Olivia Wilde was wearing a white tank top and black blazer.

This passionate kiss of the couple came after some weeks when some rumors related to their romance started surrounding their film. Sometimes it is related to the things that happened between Olivia Wilde and Florence while other times it is just the relationship between Harry Styles and the actress.

It all started at the Press Conference where Harry Styles and Olivia Wilde stood away from each other while some of the fans had pointed out these things and called it a breakup. It all started ending when the actress was seen dancing at one of her shows by Harry Styles.

According to the source, the couple is very strong and that is the reason why any kind of rumors and not going to affect them any longer. It was also said:

“They both really wanted to keep their relationship out of the spotlight when they were promoting this film and they think that they did this. The love that they share this unbreakable bond, and they are both so supportive of each other’s careers and would never do anything to let that come in the way of their relationship.”