Wendell & Wild is an animated movie directed by Selick. This movie is based on two demon brothers, Wendell and Well, who are preparing a plan.

by Anurag Mishra
Reading Time: 3 mins read
A A
1 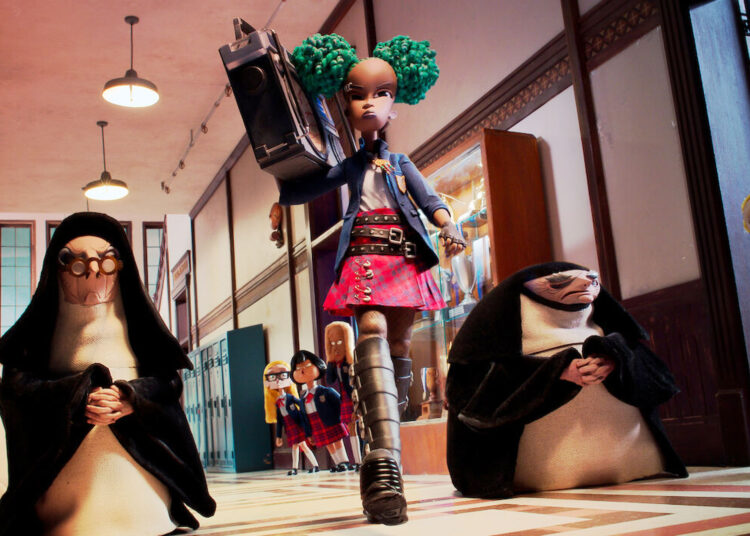 Wendell & Wild is a stop-motion animated movie. This movie is based on two demon brothers, Wendell and Well, who are making a plan to defeat their arch-nemesis and at the same time helping a girl who’s going through her life due to some tragic past.

He (Henry) is also the director of this animated movie. Selick is known for his stop-motion direction. He has already given us many gems like “The Nightmare Before Christmas”, ” Coraline”, and ” James & the Giant Peach”.

He has directed both drama and nightmares and both in a unique manner.

If you are a fan of Selick, Do comment on your favorite movie given by him. 🙂

Also Read: The School For Good And Evil: Everything You Should Know

As per Netflix, “Keegan-Michael Key and Jordan Peele star in this stop-motion animation adventure about two demon brothers who escape the Underworld.”

Wendell & Well, an interesting animated story will be released on Netflix and open theatres both.

Jordan Peele and Henry Selick. are the writer of the movie. The latter one has also directed this beautiful stop animated movie. The other casts include:

Wendell & Wild is an animated movie directed by Selick. This movie is based on two demon brothers, Wendell and Well, who are preparing a plan to win over their arch-nemesis and meanwhile helping a girl who’s going through her life due to some tragic past. The scripting is done very nicely by Jordan Peele.

This beautifully animated piece of Selick will release on the 21st of October this year. This will be first released on open theatres and then It’ll premiere on the OTT platform Netflix, on the 28th of October,

The official trailer has been released by Netflix. Till the release of the movie, enjoy the trailer –