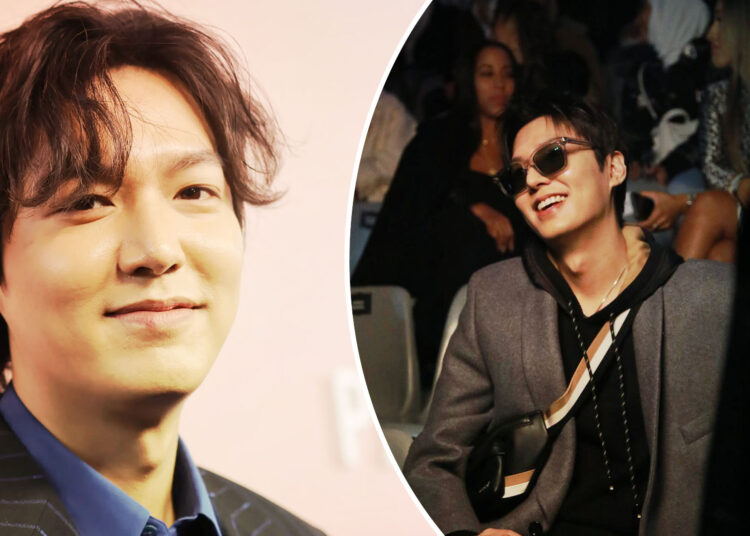 A well-known name in the South Korean entertainment industry, Lee Min Ho was seen attending the fashion show of the brand BOSS in Milan.

The Milan fashion show was held on September 22 at 9 PM CET. On September 20, the actor Lee Min Ho was spotted at Incheon airport prior to his departure.

He even shared his airport departure photos along with the morning view of Milan on his Instagram. His airport dress-up look was chic as usual. He was dressed up in all-black.

On September 22, he attended the fashion show organized in Milan by Boss. The actor was looking drop-dead gorgeous wearing formal attire. He was seen sitting in the front row of the fashion show.

The fashion show was organized to introduce the Fall/Winter 2022 collection of Boss in order to celebrate a new era full of empowerment and attitude.

Here you can check out some recent posts of Korean Actor Lee Min Ho from the Milan Fashion Show.

There were renowned models present at the fashion show who walked the ramp stealing the show. Some of them include supermodels Naomi Campbell, Ashley Graham, Jourdan Dunn, and Jordan Barrett.

Naomi stole the show by walking braless underneath the oversized blazer and a long black coat. Ashley, on the other hand, appeared chic with a black turtleneck sweater and a pair of silk pants.

Jourdan looked marvelous with light-toned makeup and a nude lip. She was like a sensational diva walking on a ramp. In addition to Jordan Barrett, a 25-year-old male supermodel, flaunted his sculpted good looks while dressed in a black suit and long black coat.

The new social media sensation Khaby Lame was also seen walking the runway in an all-white outfit. The Milan Fashion Show was filled with beauty and elegance.

In advance of the Milan Fashion Show, Lee Min Ho also attended the Fendi fashion show that happened in New York not long ago. He was spotted along with the South Korean actress, Song Hye Kyo. Both of them were seen sitting together side by side wearing black dresses. Their impressive appearances and aura captivated people’s attention.