Betty from Riverdale who's real name is Lili Pauline Reinhart is an American actress. She is known for portraying Betty Cooper on The CW's teen series Riverdale and Annabelle on Lorene Scafario's dark comedy crime drama Hustlers. 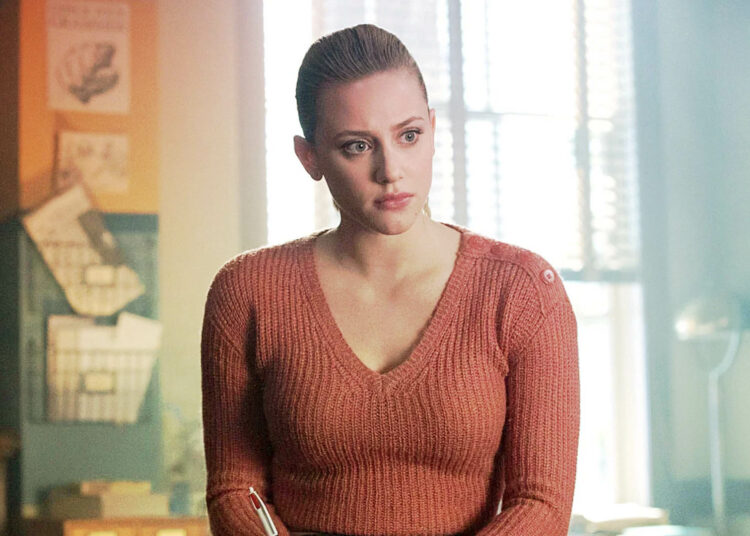 Lili Reinhart shared in a recent interview with Wired Autocomplete that she said she’ll miss her character Betty as she has played the character for a bit long now.

After years of fans begging for the show to end, Riverdale is finally ending. The CW series debuted in 2017, and as it progressed, fans began to question its crazy journey. The show, which started as a murder mystery, delved into the supernatural, and fans couldn’t stop making fun of it.

Now that it’s ending, Betty Cooper actress Lili Reinhart says she’ll miss her character, but she doesn’t express the same sentiment about the Riverdale series itself.

After taking viewers on a wild ride throughout its seven seasons, Riverdale is finally coming to an end. In an interview with Wired Autocomplete on September 1, 2022, Reinhart assured fans that she would be in the show’s final season, but took some time to express her sadness at having to say goodbye to her character.

Here is What Lili Reinhart shared About her future projects.

Reinhart previously spoke with Parade and revealed that she is unwilling to commit to another project with a season-long order, saying that she will focus on movies. “I would never sign on for another 22-episode series again,” she explained, calling it “not a very sustainable way to live.”

She told the publication that she will miss playing Betty, but is looking forward to seeing what her life and career will look like outside of Riverdale.

Riverdale’s premise in the first season centered on a murder mystery that rocked the town of the same name. However, over time, the city became a place where anything could happen.

From gang wars and serial killers to fake death, organ harvesting, and superpowers, anything goes in Riverdale. If you haven’t watched the show since its first season, you’d be forgiven for not understanding the bizarre plot.

Fans have been making fun of the series all the time, and sometimes the actors are in on the joke. Reinhart said in an interview that she and her fellow cast members “don’t ask questions” after season 3.

“We were all a bit confused, to be honest, but I think we realized that the show is on this train and it’s going full steam ahead.” “You have to take Riverdale for what it is, and I think when you stop trying to understand it, you can enjoy the craziness for what it is.” And that’s all,” she said to Sirius XM.

Reinhart appeared on the Happy Sad Confused podcast where she expressed her excitement for her future career as Riverdale ends. The Look Both Ways actor told the host that she is looking forward to more mature roles.

“After Riverdale, I have a lot of dramatic, deep roles in my future. Definitely, roles you haven’t seen me in before. I’m an adult. I am a grown woman and I will start playing more mature roles. That’s what’s on my horizon and I couldn’t be more excited,” she said.