Love birds Ira Khan and Nupur Gets Engaged In Italy.

The coupler Ira  Khan and Nupur was dating for over two years and have finally decided to take a step further. 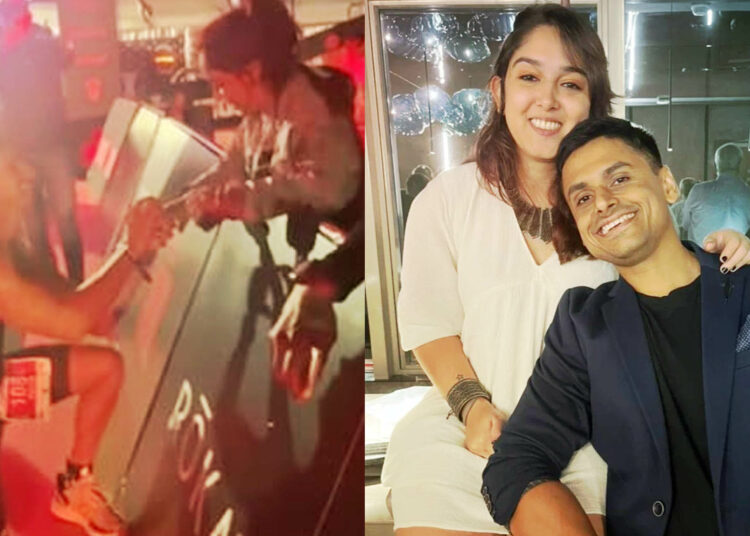 We have a new couple in town Ira Khan and Nupur Shikhare, yes folks you’ve read it correctly. Aamir Khan’s daughter Ira Khan has got engaged to her boyfriend Nupur Shikhare in Italy, the couple was reportedly dating since 2020 (maybe earlier than that) and now finally decided to take it to the next level.

For those who don’t know, Nupur is a fitness trainer by profession and he has trained many celebrities including Mr. Perfectionist Aamir Khan, Nupur is also a sports enthusiast and is a state-level tennis player.

Here you can check out some recent posts of Ira Khan.

Nupur and Ira are currently in Italy where Nupur has to participate in a competition and the couple decided to make this trip memorable, both of them took to their Instagram and shared a video in which Nupur can be seen walking toward Ira passionately and then kissing her, he then kneed down and proposed her with a ring.

Ira said yes and they hugged each other, the whole video looked straight out of a romantic movie and won the hearts of fans as their posts received thousands of likes and comments.

The news has spread like a wildfire and this is certainly one of the most positive news coming out of the Bollywood industry.

Ira and Nupur had a very strong relationship from the beginning and Ira has been the one who is the most vocal about it, Ira’s battle with anxiety and depression are quite well known as she has spoken about it several times in the past, and has promoted mental health initiatives and in of the interviews, she discussed how Nupur has helped her to come out of the depression and that’s how the love between the two prospered.

Well, we all need a Nupur in our life at some point and Ira is a lucky one, we wish the best for the couple in their future, their marriage is one the cards too as per the rumors and we might see it by the end of the year or early next year.