Wolverine actor Hugh Jackman has been cast in a number of other films too and earned a number of accolades for his acting. 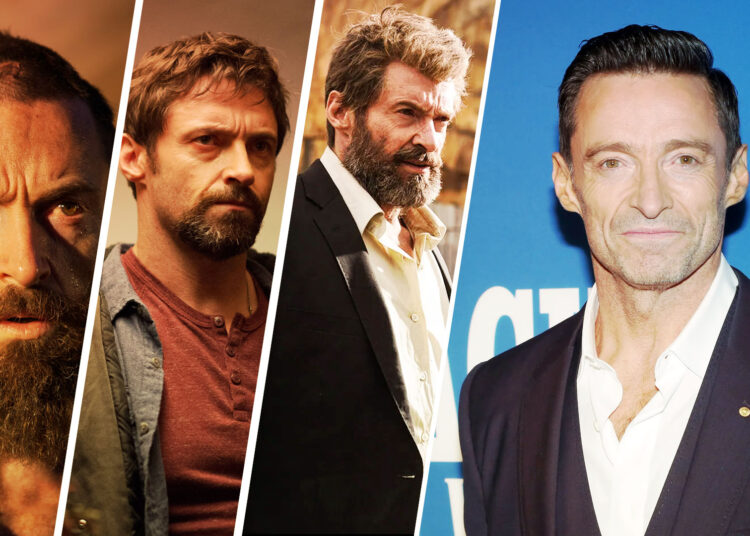 Australian actor Hugh Jackman is mostly known for portraying the Marvel comic character Wolverine aka Logan in the X-Men films. He is also the only man to have such a long career as a live-action Marvel character, an achievement that has placed him in the Guinness World Record book.

Jackman has been cast in a number of other films too and earned a number of accolades for his acting. This article will delve into the most notable movies of Jackman.

Following is the list of important movies in which Hugh Jackman has starred:

This is the first movie that introduced Jackman as the Canadian roughhouse with the ability of animal-like senses and virtual immortality.

The movie is based on the same named superhero team of Marvel Comics and revolves around Professor Charles Xavier, played by Patrick Stewart, and his team. The movie was released on July 14, 2000, in the United States.

This is the first and the direct sequel of the 2000 film ‘X- Men’. Bryan Singer returns to direct the movie with Jackman reprising his role as Wolverine and other main characters reprising their roles as well.

The plot of the movie deals with genocidal William Stryker’s (played by Brian Cox) assault on the school of Professor Xavier. The movie was released on April 24, 2003, in London and on May 2, 2003, in the United States.

This is Christopher Nolan’s sci-fi psychological thriller which is based on Christopher Priest’s same-named novel of 1995. The story centers on two rival stage magicians who, in the blind ambition of creating the best stage illusion, turn their rivalry into tragic consequences.

Jackman plays the role of one of the magicians Robert Angier aka Lord Caldlow in the film. The movie was released on October 20, 2006, in the US and on November 10 of the same year in the UK.

This is a spin-off of ‘X-Men‘ and ‘X2’ which also serves as a prequel to the movies. The story brings Wolverine to the center of its plot recounting Wolverine’s childhood, correspondence with the Team X of William Stryker, acquisition of his ability as well as his relation with his half-brother.

Jackman reprised his role as the titular Wolverine aka Logan in the film. The movie was released on May 1, 2009, in the US.

This is an epic period musical movie in which Jackman portrayed a Frenchman named Jean Valjean who was in Toulon prison for nineteen years for the offense of stealing bread and trying to flee from the prison.

Jackman co-starred in the movie with Russell Crowe, Anne Hathaway, Helena Bonham Carter, etc. He earned a nomination for Academy Award for Best Actor for this role. The film was released on December 25, 2012, in the US and on January 11, 2013, in the UK.

This is a thriller movie starring Jackman in the lead role of a carpenter named Keller Dover. Jackman won two People’s Choice Award nominations for Favorite Movie Actor and Favorite Dramatic Movie Actor for this role. It was released on September 20, 2013, in the US.

This is the second installment of the Wolverine film trilogy that focuses on Logan or Wolverine’s travel to Japan and the incidents that happen there. Jackman reprised his role in the film. The movie was released on July 26, 2013, in the US.

This is the fifth primary movie of the X-Men film series which serves as a follow-up of the 2013 film ‘The Wolverine’.

Jackman reprised his role with Jennifer Lawrence portraying Raven aka Mystique and Peter Dinklage playing Dr. Bolivar Trask. The movie was released on May 23, 2014, in the US.

Dexter Fletcher’s biographical sports movie cast Hugh Jackman in the role of Bronson Peary co-starring with Taron Egerton playing the titular British skier Michael Edwards who became the first skier in 1988 to represent Great Britain in the Olympics since 1928.

The movie had its world premiere on January 26, 2016, at Sundance Film Festival before releasing on 26th February and on 28th March of the same year in US and UK respectively.

This is the film that marked Jackman’s seventeen years of the portrayal of Wolverine placing him in Guinness World Records. The movie was released on March 3, 2017, in the US.

Cory Finley’s crime drama ‘Bad Education’ is inspired by an article in the New York magazine ‘The Bad Superintendent’ that was published in 2004.

Hugh Jackman portrayed the superintendent of Long Island’s Roslyn Union Free School District naked Dr. Frank Tassone. The movie premiered on September 8, 2019, at Toronto International Film Festival and on April 25, 2020, in the US.