Kim Kardashian Was Seen In Tight Black Suit After Her Appearance In NYFW!

After giving back to back appearance, Kim Kardashian was recently seen in black suit that suits her the most!

by Kumari Kriti Raj
Reading Time: 2 mins read
A A
3 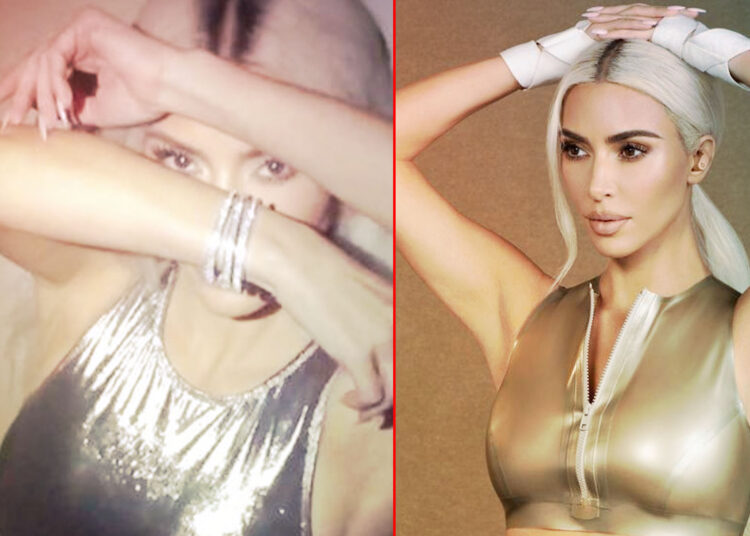 When Kim Kardashian, 41, exited a photo shoot in Los Angeles, California, on Tuesday, she attracted attention.

The Kardashians star strode confidently through bystanders and cameras wearing a tight black catsuit with deep front zip and high boots. She displayed attractive makeup and donned sunglasses while wearing her long blonde hair down.

The purpose of the photo shoot is still unknown, but we can bet that Kim will soon share details of it on Instagram. The real beauty is renowned for frequently posing for photographs for her brands, like SKIMS, and additional promotional materials, and she always looks stunning.

Here you can check out some posts of Kim Kardashian from Beyonce’s Birthday Bash.

Her followers are almost always treated to incredible pictures, whether they are on her stories or in the main post!

Prior to her most recent outing, Kim gained attention for her stunning appearance at Beyonce‘s 41st birthday celebration last weekend. She wore a glittering dark red catsuit with black stripes and matching boots to the disco-themed party. As she went away from the venue, she wore sunglasses and let her hair down.

When Kim isn’t drawing attention with her costume choices at events, she does so with her appearances on magazine covers. Her most recent appearance was on the cover of Interview, which was really memorable.

With a mullet haircut and bleached eyebrows, she was virtually unrecognizable. She also had a denim jacket on, and her jeans were pushed down to reveal her bare behind.

Kim shared the issue’s cover photo on Instagram after it was published, and the response was mixed. Some people adored the new appearance, while others found it intolerable.

“This is not Kim at all. Until I read the caption, I didn’t even recognize her,” one fan said on the photo. Some commended her for attempting something fresh, while others made comparisons to actress Uma Thurman with the appearance.