Just before the social drama of Kanye West, Kim Kardashian was seen with her philanthropist friend Laura! 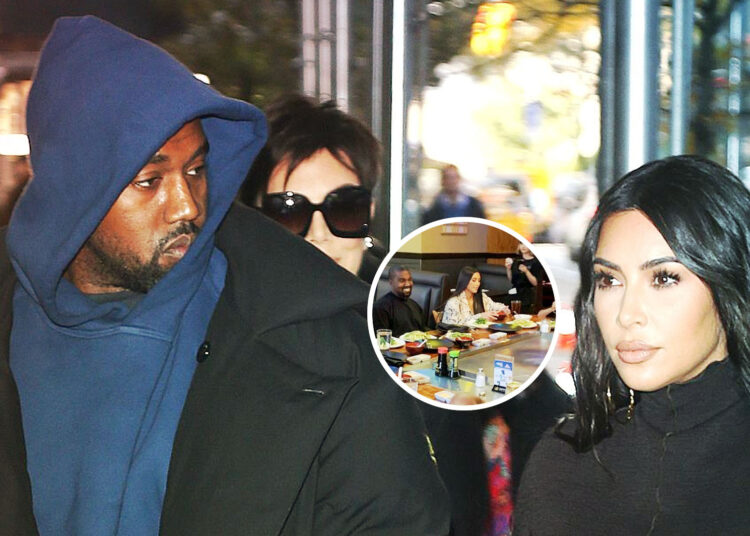 So what happened after the lunch between Kim Kardashian and Kanye West? There are a lot of celebrities in Hollywood who have maintained their image on the daily basis through their new looks or new controversy that goes around them.

Whether it is related to their makeover or related to having a new kind of dress in their closet, everything gains the same attention. Among them are the famous reality star and businesswoman Kim Kardashian who was seen having lunch before the social rant of Kanye West.

The 41-year-old Kim Kardashian came out in Malibu in a strapless dress. She was seen with the well-known philanthropist Laura on 1 September 2022. As the picture was full of powerful women. It all happened just before the Instagram rant of Kanye West related to children attending school.

Just before things went messy online, Kim Kardashian was seen very stylish in a black outfit after having a proper meal with Laura. She was wearing black trousers and a top with black accessories like sunglasses. She was also seen holding a black bag of Balenciaga.

It looks like black was the theme for Kim Kardashian as her friend Laura was also seen in the same avatar. She was seen in a black cardigan with leather shorts and black tides. She was also seen holding a yellow bag with a lot of chains as accessories.

Kim Kardashian was looking very calm and collected while leaving the restaurant just before some time when Kanye West went to social media.

In a deleted screenshot which is posted by Kanye West, he has uploaded some text messages related to that child having an education. It was also related to the family drama which appeared to send to Kim Kardashian.

In the deleted screenshot Kanye West has written:

“Ya’ll don’t have so so over my black children and where they go to school / They will not do playboy and sex tapes / Tell your Clinton friends to come to get me / I’m here.”

It was referring to the time when Kylie Jenner and Kim Kardashian with Travis posted for a magazine. It is totally clear with Kanye West that he doesn’t want his children, especially he is daughters to do the same.

It is not the first time when Kanye West has had some problems related to their daughter living different life or not living like an ordinary kid. He is also shown his disagreement with North West using Tik Tok and makeup. There were a lot of things that became a fight and controversy between the couple.