La Brea Season 2: Are you prepared for another round of science fiction?

by Binshi B Raj
Reading Time: 4 mins read
A A
2 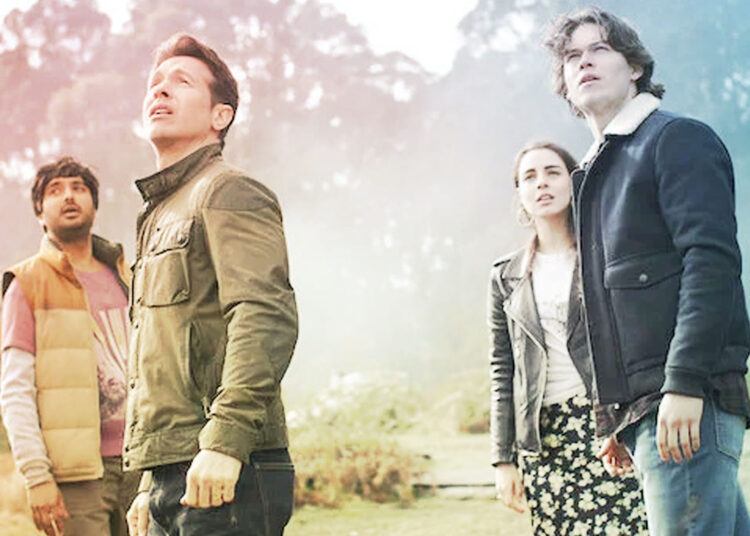 La Brea Season 2: It’s back in full swing! What can we anticipate? Here we are once more! So you’re probably wondering why we’re back with more good news for you. Then your prediction will be correct.

The most anticipated sci-fi series is back with another season to keep you waiting. Yes, you read that correctly, and we’re talking about La Brea. Continue reading the article to learn more.

The upcoming season will premiere with 14 episodes on September 27, 2022, and will conclude on Tuesday, December 27, 2022, at 9 pm E.T. on NBC. So, when we look at the period between seasons 1 and 2, we can see that the second season took almost a year to be released.

A first-look teaser dropped on Thursday, June 30. “This season will still largely take place in 10,000 BC. However, we will no longer be telling a concurrent story in modern-day Los Angeles.

Instead, we will be telling a story in 1988 Los Angeles,” David Appelbaum continued. “We think this will add a new layer of fun and intrigue to the episodes. It’s also a story I don’t think anyone in the audience would have expected when they first started watching the show. We love the idea of keeping our viewers on their toes and never knowing what’s around the next corner.”

Also Read: Dynasty Season 5: Every Update That Fans Should Know

What exactly is the plot?

Hundreds of people, vehicles, and buildings are drawn into the depths of a massive sinkhole that opens in the middle of Los Angeles near the La Brea Tar Pits and Wilshire Boulevard. The survivors are trapped in a mysterious and dangerous ancient land where they must band together to survive.

The show follows a family (father, mother, son, and daughter) who have been separated by events and are attempting to reunite. The father has visions in which he sees when and where his wife and son are.

The sinkhole and the sudden emergence of Teratornis have piqued the interest of the United States Department of Homeland Security, which is investigating a similar event in the Mojave Desert.

The investigators realize as the series progresses that the sinkholes provide a temporary portal to the same location in 10,000 B.C. Meanwhile, the survivors are trying to find a way back through the portal before it closes.

We don’t know where La Brea season 2 will go plot-wise, but the first season’s cliffhangers give us plenty of hints. Several characters made it through the mysterious gateways in the finale, so we’ll be watching to see what happens on the other side.

Three of the gang were sucked into the Topanga portal, while three others took a chance on a new Seattle portal as part of a rescue effort, wherever that might lead them. Natalie pushed Isaiah through to 1988, which was the season’s emotional high point.