Young Evan Goldman grapples with his parents' divorce, prepares for his impending Bar Mitzvah, and navigates the complicated social circles of a new school. 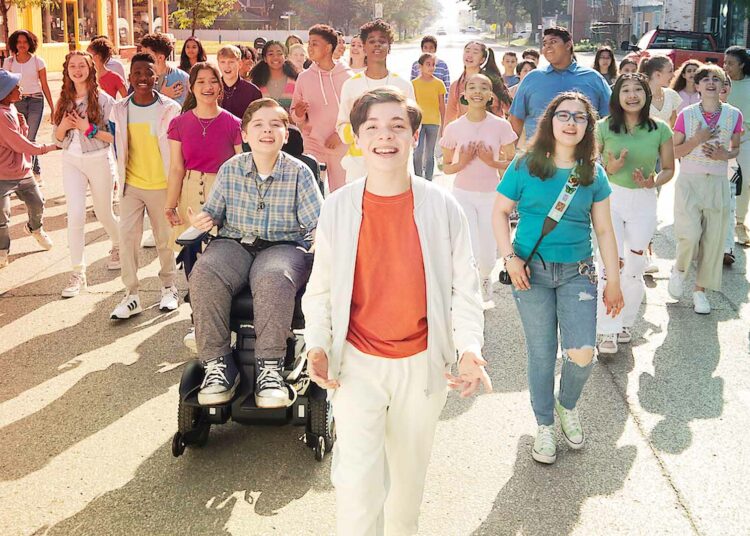 Netflix’s August lineup is starting to heat up, and with lots more titles to be revealed, perhaps 13: The Musical popular Broadway musical adolescent drama could pique your interest.

This will be your classic teen coming-of-age story, with enough music to make the audience swoon. The music will be crucial to the success of this series. Will it be sufficient? Will this be another bland entry on Netflix’s feature slate? We’ll find out soon, but given that it’s based on a Broadway production, this may be a good start.

Here’s all we know so far about Netflix’s 13: The Musical.

On August 12, 2022, the picture will be distributed internationally on the streaming service.

The film is directed by Robert Horn and the music and lyrics are by Jason Robert Brown.

After his parents’ separation, Evan Goldman (Eli Golden), 12, leaves New York City alongside his mom Jessica (Debra Messing). Evan is upset that he needs to leave all of his friends, his dad (Peter Hermann), and his priest (Josh Peck) behind as his Bar Mitzvah approaches.

When he arrives at his grandma’s (Rhea Perlman) home in tiny-town Walkerton, Indiana, he devises a scheme to make some new friends by making his Bar Mitzvah the trendiest party ever.

Evan quickly discovers that he is not the only one dealing with the all-too-familiar fears of eighth grade as an outcast navigating the intricate circles of friends in his new school.

To complicate things even more, Evan invites popular students who’re not fans of Patrice to his party. With these opposing agendas at play, Evan is faced with the daunting challenge of getting everyone together in time for his party or suffering social ruin. Perhaps, approaching 13 isn’t seeming as appealing as it once did.

The trailer, after all, has no surprises. But, for the sake of the fans, let us hope that it stays true to the musical everybody has admired for years.

The picture will almost definitely not set the globe on fire, but that’s not the point. It will be interesting to see whether it can appease the fans, who will be expecting a strong version of the musical.

GHOSTLIGHT RECORDS and ATLANTIC RECORDS have today announced the launch of 13 The Musical – Soundtrack from the Netflix Movie on Friday, August 12 in digital and online formats.

The film is based on the 2018 Broadway production of the same name, with lyrics and music written by Tony Honoree and Jason Robert Brown. “I’ve Been Waiting,” “The Bloodmaster,” and “It Would Be Funny” are three new songs composed for the film adaptation. A unique extra track is a cover of “Tell Her” by benchmark singer-songwriter Alec Benjamin.

Extended editions of “Getting Ready” and “What It Means to Be a Friend” are included as extra songs. Harvey Mason Jr. created the record, while Mark Graham orchestrated it. 13 Tamra Davis directs the musical, which was written by Robert Horn and created by Neil Meron.