the post-apocalyptic drama series is paving it's way for a season 3 and we have got all the details to tell you. 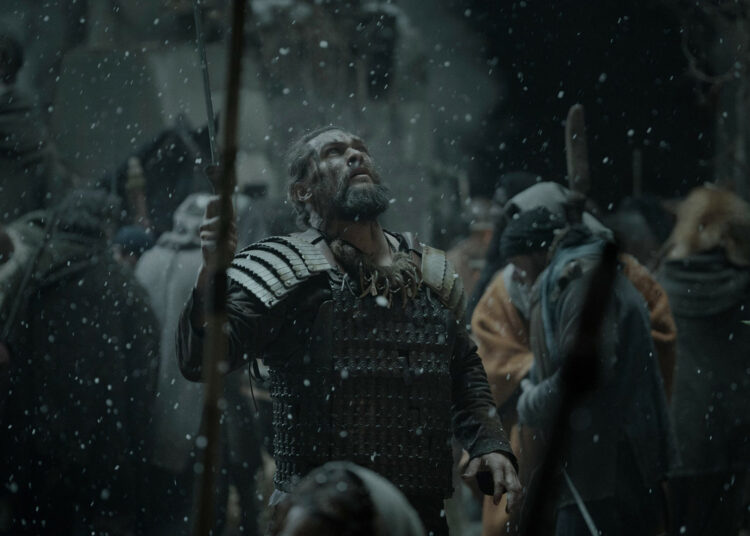 See Season 3 is a future-driven sci-fi series that is aired on Apple TV+. Created by Steven Knight, the show has completed two seasons and is all set to release the third one. Starring Jason Momoa, Sylvia Hoeks, Hera Hilmar, Christian Camargo, and Archie Madekwe, the series has some intense battle scenes, tribal drama, and a strange view of the near future. Since season 3 of this show is coming out soon, let us give you some information about it too.

“See” is a science-fiction drama series that is available to watch on Apple TV+. After the premiering of season 2  in October last year, fans had been waiting for a season 3. The renewal status for season 3 of the show had been turned on prior to the release of season 2.

The shooting for it had begun in May 2021 and it was a pack-up for everyone in November that same year. The third season was in a production phase all these months and is now ready to land on your screens via the Apple TV+ platform.

Season 3 of “See” will be premiering on August 26, 2022 (which means a couple of weeks after). Just like the previous two seasons, it will have 8 installments and each will release 7 days after the previous one. Although the series has not yet started the premiering of season 3, let us also talk about its finale episode.

The eighth and last episode of season 3 will be coming out on October 14, 2022. Along with this, we would also like to tell you that this season will be the last season of this series. But don’t let it bother you and enjoy it thoroughly as all the episodes will be a blast of excitement and drama.

A post-apocalyptic dystopian television series, “See” has completed the successful airing of two seasons. The first season made a debut on November 1 2019  with the finale episode dropping on December 6 the same year. The season acquired an 84% rating on the reviewing website Rotten Tomatoes. Further, it is comprised of 8 entertaining episodes, and let us have a quick look at them :

Season 2 of this action-loaded series came out on 27th August 2021. Just like season 1, it had 8 episodes to present and the finale came out on October 15. Acquiring an approval rating of 87%, the season was equally appreciated and enjoyed. Let us also have a glance over the episodes of this season :

Post season 2, Season 3 is also ready to be aired and will release on August 26. It will comprise 8 episodes and be sure to watch every little moment as you would not like to miss any detail.