After many months of anticipation, NBC has officially revealed the premiere date for the 22nd season of The Voice. The premiere of The Voice season 22 will take place on NBC on Monday, September 19, at 8 p.m. Eastern Time. 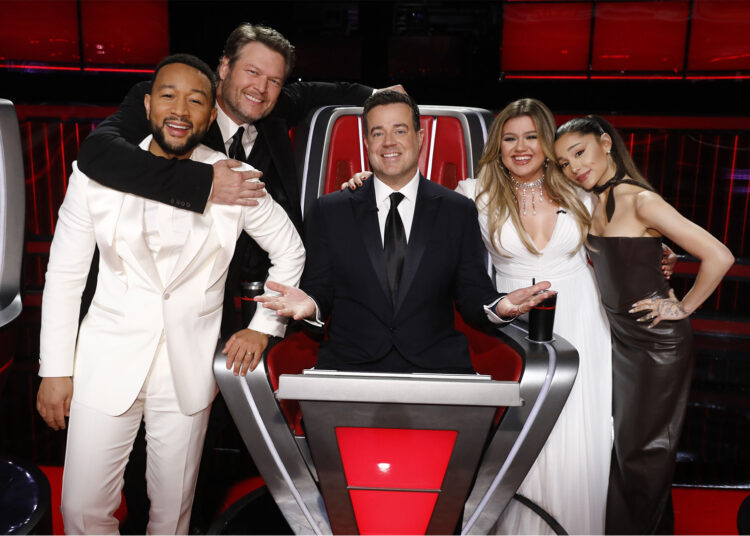 The Voice Season 22 Update: A singing reality series that is an offshoot of the original series that was dubbed “The Voice of Holland.” The program pits incredibly talented singers against one another as they compete for the opportunity to become the next music sensation.

John de Mol was the show’s creator, and the first episode aired on April 26, 2011. The viewers enjoy being able to indulge in and watch the sometimes-slow but always-inspiring journey of numerous vocal talents who, in other contexts, would have no other means to catapult them towards fame and success.

In addition to this, the winner will receive a cash prize of one hundred thousand dollars and a recording contract with the Universal Music Group. It has produced 21 seasons to this day and continues to be one of the most watched competition shows in the nation.

Fans also want to know what will happen in Season 22 of the show. Therefore, in this section, we will talk about anything and everything that is associated with “The Voice Season 22.” As a result, continue reading this article to the end.

The Voice Season 22: Is It Coming In August?

No, season 22 of “The Voice” is not coming in August. After many months of anticipation, NBC has officially revealed the premiere date for the 22nd season of The Voice. The premiere of The Voice season 22 will take place on NBC on Monday, September 19, at 8 p.m. Eastern Time.

Additionally, new episodes will also be broadcasted on Tuesdays at 8:00 p.m. Eastern Time. On May 13, Blake was the first person to break the news that the program would be returning with fresh episodes by posting a TikTok. There will only be one season of The Voice shown each cyclical year, starting with this primetime schedule cycle.

Who Are The Voice season 22 Coaches?

Blake Shelton, John Legend, Gwen Stefani, and newcomer Camila Cabello are the coaches for The Voice’s 22nd season. Kelly Clarkson, who joined The Voice in February 2018, is being replaced by Camila. For eight seasons, she was a part of the show.

NBC said in May 2022 that the coaches for the program would change. Only Blake Shelton and John Legend remain of the four coaches from the previous season; Shelton is back for his 22nd season, and Legend is back for his 7th.

Ariana Grande and Kelly Clarkson have both left their positions as coaches on the show, but Gwen Stefani is coming back for her sixth season, and Camila Cabello is joining the panel for the first time. During the previous season, Cabello worked as Team Legend’s fight advisor. It has been announced that Carson Daly would continue in his role as host for a twenty-second season.

How Can You Watch And Stream The Voice?

New episodes of The Voice will air on NBC every Monday and Tuesday at 8 p.m. ET when season 22 premieres. If you do not own a television, you can still watch NBC using live streaming services such as YouTube TV, Sling TV, and fuboTV, even if you do not have access to a television.

If you don’t want to watch the show live, you may watch the complete episodes the next morning on NBC.com/The-Voice or the NBC app. Alternately, if you have a membership to Hulu, new episodes of The Voice will be made available on the streaming service (both on the website and in the app) the day after they air on television.

For 30 days, new subscribers can try Hulu for free. After that, you will have the option to continue your subscription for an additional cost of $5.99 a month.

Last but not least, if you have a Peacock account, you may immediately begin streaming The Voice. But if you haven’t already, you can watch the singing competition series on the free plan of the service. Just enter your email and press “play” to get started.

More About The Voice Season 22

On September 19, 2022, the blind auditions for the show are scheduled to start. An artist performs their piece during each audition in front of the coaches, whose chairs are facing the audience. A coach will press their button to turn toward the artist if they want to work with them.

The artist instantly joins the squad when a single coach pushes the button. If more than one coach chooses to turn, they will battle it out for the artist’s attention before the artist chooses which team to join. In order to prevent another coach from signing an artist, each coach has one “block.” By the completion of the blind auditions, each coach has 12 artists, resulting in a total of 48 artists moving on to the fights.