The Sandman Ending Explained, and More

The Sandman Ending Explained, know all about it through the page.

by Aditi Dubey
Reading Time: 5 mins read
A A
0 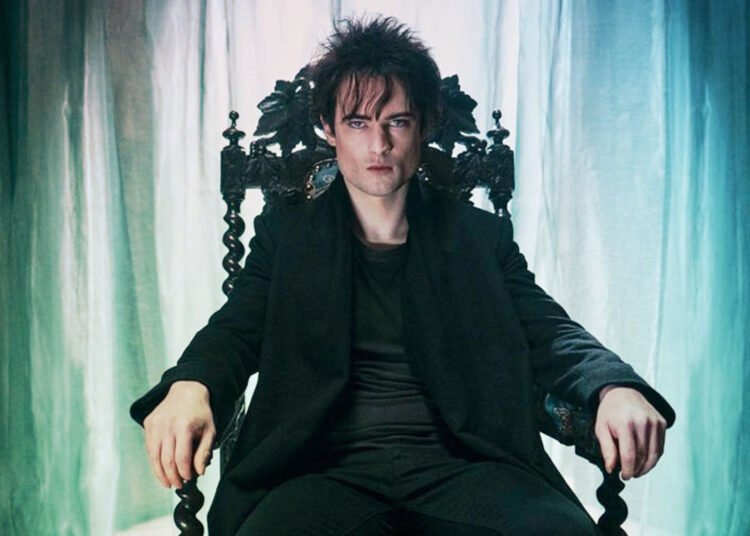 The fantasy program “The Sandman” on Netflix is based on Neil Gaiman’s comic book series of the same name.

The mythology of the Endless, their conflicts, and the challenges they have in keeping the balance between their realm and that of humanity are all introduced to viewers in the first season. Morpheus, often known as Dream, is the story’s main character.

The Sandman’s capture marks the beginning of the show’s events. By the time The Sandman is over, a large number of characters have been introduced. Even if Dream can find solutions to most of his issues, he will soon face new difficulties. The conclusion sets the stage for Season 2’s events, making Dream’s future appear quite gloomy.

The Order of Ancient Mysteries’ glass prison is where Morpheus, the King of Dreams, spends his time after casting a spell that accidentally captured her brother rather than Death.

Dream’s tools are taken away from him, severely weakening him. He spends his time in captivity in silence, hoping that one day, someone will make a mistake and release him. More than a century later, the day comes.

When Dream escapes captivity, he has a never-ending list of concerns. He needs to retrieve his equipment. He is required to retrieve the lost nightmares and dreams. He must recreate the Dreaming while also coming to terms with the fact that his realm’s hierarchy and structure have changed somewhat without him. But when a dream vortex is discovered, the main issue becomes apparent.

In the midst of all of this, attention is also drawn to Dream’s social connection with Death and his rivalry with his sibling, Desire, who constantly comes up with new ways to cause him grief.

In his quest for his tools, Lucifer Morningstar, the supreme ruler of Hell, winds up becoming Dream’s adversary. Lucifer thinks it is time to wage war on the Dreaming and eventually take over the waking world as well.

A dream vortex is an entity with the capacity to create or obliterate entire universes. It becomes the center of all dreams and nightmares until the partitions between people’s dreams are broken down. The barriers separating the waking world from the dreaming world eventually dissolve as well.

Everyone is contained within a single dream by the vortex, which finally collapses in on itself, damaging the dreaming irreparably and having an impact on the waking world as well.

Why Unity was never meant to be in Dream Vortex?

It is Dream’s responsibility to address this issue, which presents itself to him in the form of Rose Walker. After the investigation into her missing brother, she begins to show signs of her abilities, which get stronger every day. Lyta Hall falls pregnant in her dream and brings her kid to the waking world, and Dream initially maintains an eye on her from a distance, watching her both in the Dreaming and the waking world.

As a result, Dream is sure that she should be killed. In the end, Rose too accepts her fate and is willing to pass away in order to save the planet. However, a secret is subsequently made public, dramatically altering the scenario.

It turns out that Unity Kinkaid was never meant to be the original dream vortex of this time period. When Roderick Burgess caught Dream, she was still a little child. The globe became infected with the sleeping illness while he was away, and Unity was one of its victims.

She spent all her waking hours dreaming, where she met “the golden-eyed man,” gave birth to a kid, and finally became Rose’s grandma. Unity’s destiny to become the vortex was handed down to her offspring because she could not accomplish it, forcing Rose to take on that burden.

Rose’s heart, which makes her the vortex, is taken away by Unity to save her great-granddaughter. Unity perishes when it is destroyed. Rose returns home to her brother and her friends because Dream has no reason to kill her now that the vortex has been destroyed. But the consequences of losing her love will undoubtedly affect her future.

She may have become the vortex because of it, but it was also integral to who she was. How will Rose ever feel anything if her heart is no longer there?

With Desire’s animosity/rivalry with Dream becoming more apparent in light of this discovery, the second season is also set up. When Unity refers to “the golden-eyed man,” Dream is aware that Desire was the one who meddled in his affairs.

Unity would have died in her sleep and the whole vortex scenario would have been resolved if Desire hadn’t made Unity pregnant. Desire was obviously upset by it and made the decision to make things much worse for Dream by escalating the vortex issue.