Did You Know Stranger Things star Natalia Dyer Was In Hannah Montana?: The Movie’ Get Details Here 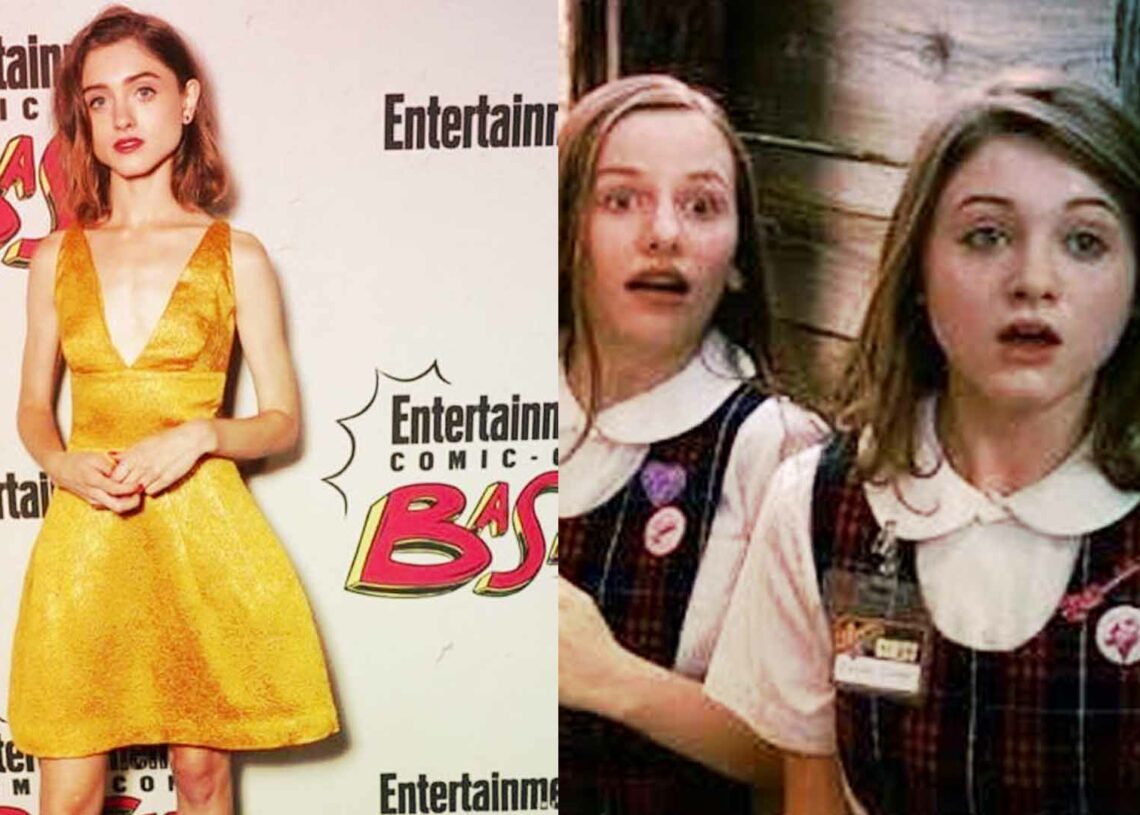 Can you tell me what Stranger Things has in common with Hannah Montana? Not because we’ve been equally obsessed with both, but rather because actor Natalia Dyer has appeared in both.

That’s right, the actress who played Nancy Wheeler in our all-time favorite supernatural thriller began her career with a small part in Hannah Montana: The Movie, alongside Miley Cyrus.

Stranger Things star Natalia Dyer is known for her role as Nancy Wheeler. Despite the fact that Netflix may be the first place people recognize her, this is not her first role. As a child star, Dyer first appeared in Hannah Montana: The Movie in a small role.

Hannah Montana was a popular Disney Channel show when many people were growing up. A girl named Miley Stewart was portrayed by Miley Cyrus in the series. Miley may seem like an average high school teen, but she also has a secret life similar to Hannah Montana, the world-famous pop star.

Hannah Montana was so popular that Disney released Hannah Montana: The Movie in 2009, a movie about Miley reconnecting with her hometown after her father, Robby (played by her real father, Billy Ray Cyrus) realizes her life as a pop star is taking over. With a box office gross of $155 million (or two tanks of petrol today), it was a big deal.

What more did Natalia Dyer share about her role in Hannah Montana?

In an interview with Cosmopolitan, Dyer reviewed some of her career highlights. As soon as Natalia Dyer saw a clip from Hannah Montana: The Movie, she was surprised. At the time, the 27-year-old actress played a British fan of the pop star when she was 13 years old.

She described how her hometown of Nashville didn’t have much film work at the time. As a result, when the Hannah Montana clip came up, it was like the talk of the town. It was huge.

I think they just decided to cast them from Nashville because they had this role for these two British girls. I have a terrible accent. That’s true, I know.

There is no doubt that Natalia Dyer is a fan favorite on Stranger Things introduced Nancy Wheeler as a teenage girl who wanted to be popular. From a timid character, she’s turned into a badass with a shotgun who demolishes upside-down monsters.

In addition to Stranger Things, Natalia Dyer appeared in Hannah Montana: The Movie and Yes, God, Yes. Dyer plays a Catholic girl who embraces her sexuality despite an environment that represses it.