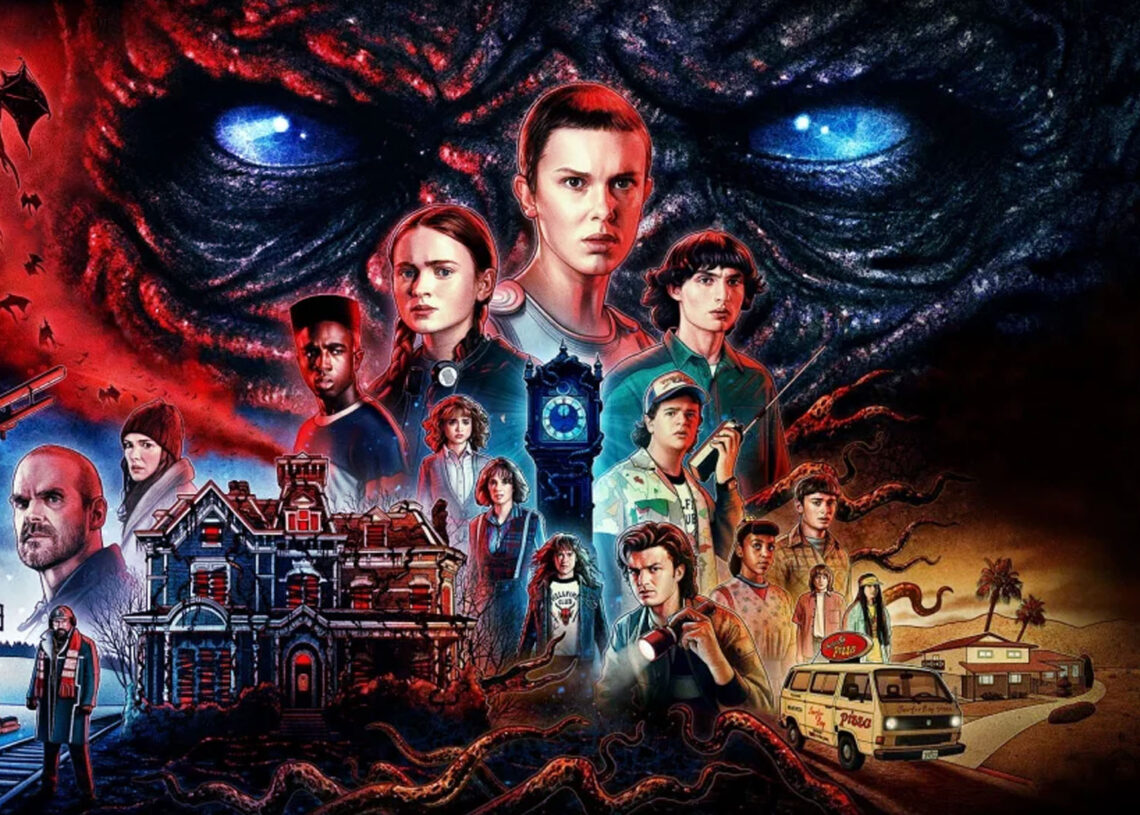 Stranger Things Season 5 is already under production and Duffer Brother is working on its pre-production right now, Here we have details about the expected Release Date and Cast Info.

Hey!! all the fans out there, Good and Bad news for you simultaneously. Guess What??? Your favorite Netflix Series called ” Stranger Things” is now coming with its 5 seasons, yes it’s official. Wait but the spoiler is here, this will be the final season of your loved Series.

As the name of the series, this news filled the fans with a strange feelings, whether to feel happy about its renewal or to feel sad as the series reached its last and final season.

Well!! I think the weightage of happiness must be more because we can always rewatch it whenever we want to. So don’t be sad instead keep the excitement high for Stranger Things Season 5.

There isn’t any official announcement relating to the release date of the season. We can only anticipate the release date after the filming for Season 5 starts based on previous release patterns.

The creators of the series made it clear that they will start writing the storyline forStranger Things Season 5 in August 2022. And if everything goes well the filming will begin in the starting or mid of 2023.

One thing we are sure about is that we don’t have to wait as long as we waited for Season 4. At least that’s a big relief!!!

Let’s provide a boost to fans, yes some of your favorite characters will be back in Season and these are:

▪ Finn Wolfhard will be portraying (Mike)

▪ Noah Schnapp will be portraying (Will)

▪ Gaten Matarazzo will be portraying (Dustin)

▪ Caleb McLaughlin will be portraying (Lucas) in Stranger Things Season 5

▪ Priya Ferguson will be portraying (Erica)

▪ Joe Keery will be portraying (Steve)

▪ Natalia Dyer will be portraying (Nancy)

▪ Charlie Heaton will be portraying (Jonathan)

▪  Maya Hawke will be portraying (Robin).

As Max was seen in a coma we are pretty unclear about in what capacity Sadie Sink will be featuring in the Season.

Considering the name of the series forget about alive ones, even the dead could be back in the upcoming season!!!

Analyzing the final two episodes of Season 4 we can have an idea about the storyline of Stranger Things Season 5.

As per Pop Buzz, we got to know about Vecna and his background in Season 4, also his connection with Eleven. And we witnessed him looming over Hawkins, so there will be a lot revolving around this in the final season.

As announced by creators Stranger Things Season 5 will be focused on left-out mysteries of the Upside down. And also around that particular date on which Will was taken back in 1983.

The scale and stake of this season will be much higher and bigger compared to the first Season.

Also, it will answer questions like what happened to Max. As she was killed by Vecna in the finale of Season 4.

There is a lot to be uncovered in the ultimate season.