Jennifer Aniston Shares no-makeup selfie, while chilling on a Beach 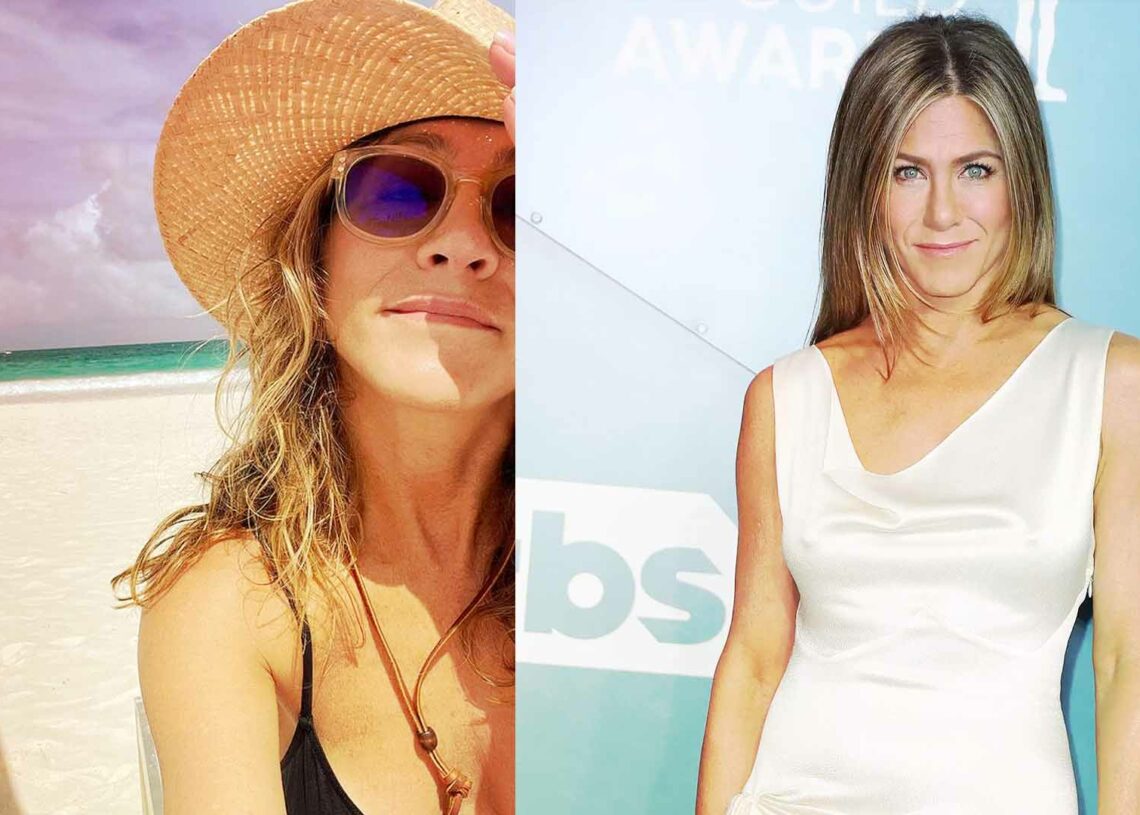 No-makeup selfies are about the only type of internet selfie we can support especially when they come from Jennifer Aniston, hair icon, and still-picture fan.

On Tuesday, July 26, the 53-year-old posted a makeup-free selfie on Instagram. Jennifer Aniston’s hair appears to be curled to perfection by nothing but sea breeze and saltwater in the photo, which is precisely the effect we landlocked folk seek with sea salt sprays. The actress wore a woven hat with a drawstring and sunglasses with transparent frames to protect her skin from the sun.

Here you can check out Jennifer Aniston’s no-makeup selfie

Aniston is dressed in a black bathing suit, as usual, with only a glimpse of the strap visible. Aniston used three emojis instead of words in the caption:👋🏼☀️❤️ .

Friends star Rachel Green is embracing her natural waves after years of wearing her hair straight, sleek, and highlighted. In January, she shared another no-makeup selfie on Instagram. In the photo, she flaunted her natural waves and frizz, and she captioned it, “Okay, Humidity… Let’s go…”

Aniston spoke to The Hollywood Reporter in December 2021 about the public’s perception of her personal life. “I used to take it all personally—the pregnancy rumors and the whole ‘Oh, she chose career over kids’ assumption,” she explained.

“It’s as if they’re saying, ‘You have no idea what’s going on with me, medically, why I can’t…can I have kids?'” They didn’t know anything, and it was extremely hurtful and disgusting… Dolly Parton was the same way; she never had children. But are people mocking her for it? No one has attempted to put her in a white picket fence.”

Aniston rose to prominence after starring Rachel Green in the iconic sitcom F.R.I.E.N.D.S as a rich girl who makes it big in the fashion industry after working as a waitress at the Central Perk.

Jennifer Aniston has a successful film career as well, having appeared in romcoms such as We’re the Millers, The Object of My Affection, Just Go With It, Along Came Polly, The Bounty Hunter, and the Horrible Bosses series, among many others.

For both seasons of The Morning Show, she reunited with her on-screen sister Reese Witherspoon. In F.R.I.E.N.D.S., Reese played Rachel’s spoilt sister Jill Green.