Hard West 2 is a cowboy escapade that expertly combines strategy and aesthetics. 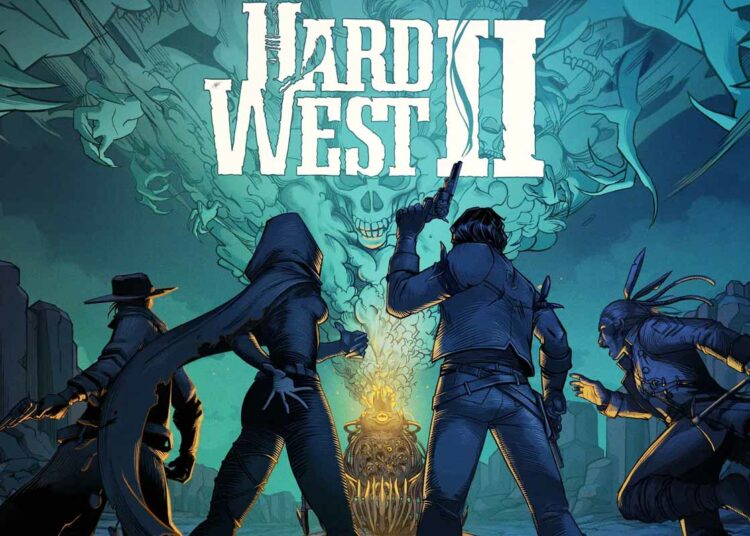 The tutorial, which includes the aforementioned leggy train, does a good job of establishing the mood for Hard West 2. Gang leader Gin Carter quickly believes he can defeat the literal devil by playing a game of cards with their souls on the line.

When the second guy follows suit, he cheats next and is shocked. Gin is a hot mess, and the game allows me to capitalize on that—at the risk of upsetting the other party members. The focus of Hard West 2 is its combat, even while it’s fun to hang around and talk with my party or explore the overworld in search of side objectives.

In order to survive in Hard West 2, I must strategically place my posse on the map, gauge their abilities, and make effective use of their action points while also keeping an eye out for my adversaries and my surroundings.

Seeking cover, setting up flanks, and killing them before they reach me are standard XCOM tactics. A few beneficial advantages make this process easier. One is luck; if I’ve missed a lot of shots or suffered a lot of damage, I collect luck points that I can use later in the battle to improve my chances of striking the opponent.

Another game-changer is bravado; if I defeat an adversary with one of my characters, their action points are refreshed.

This leads to some fantastic scenarios, such as when I switch places with a rooftop sniper utilizing my teleporting witch, Flynn, and then take out a number of adversaries from my new vantage point. Flynn’s action points are refreshed with each kill, thus the battlefield quickly turns into a meat grinder.

Alternately, I could have Old Man Bill, the Revenant, utilize a trick shot to ricochet a bullet off a metal saloon sign and into the head of an adversary who would otherwise be out of sight, then use Bravado to charge forward and kill another man. Moments like this make me feel fantastic as if chained violence were a slot machine and I had won.

Last but not least, characters who are killed in battle are only gone for that particular battle; they are not permanently lost. Hard West 2 is challenging without being cruel thanks to all of these elements, a simple reset button, and forgiving autosaves.

One of the first battles I played is outside of a church, and it immediately devolves into a frenetic scramble as one of the gunmen utilizes a coffin’s lid as cover while his companions snipe from the windows. To get rid of them, I had to teleport Flynn in and utilize explosives and other powerful skills, but even then, I barely managed it.

Exploring the overworld, doing side missions, meeting new characters, and pursuing the devil behind it all serve as breaks between these battles. It’s a wonderful way to unwind from all the oddities and hostility out there on the frontier to set up camp and have the members of the posse interact with one another.

Tropes abound throughout the prose, which is then cloaked in a thick layer of completely absurd devil magic. The tale avoids some of the more troublesome cliches of the time because of the alternative past and the emphasis on devils and magic.

Even though I repeatedly fail, game developer Ice Code Games has succeeded in creating a Wild West that I find myself returning to. The scenario is intriguing, the protagonists have hearts, and the combat revels by allowing the player to decimate the opposition with a series of expertly timed and performed blows.

You’ll feel perfectly at home in Hard West 2 if you’ve played an XCOM game or Wasteland 3. Although the atmosphere is gritty and occasionally dismal, those unfamiliar with the genre will find an exceptionally patient and polite approach to turn-based tactics.