The films and TV series in which the cast members of Reservation Dogs Season 2 have been seen before. 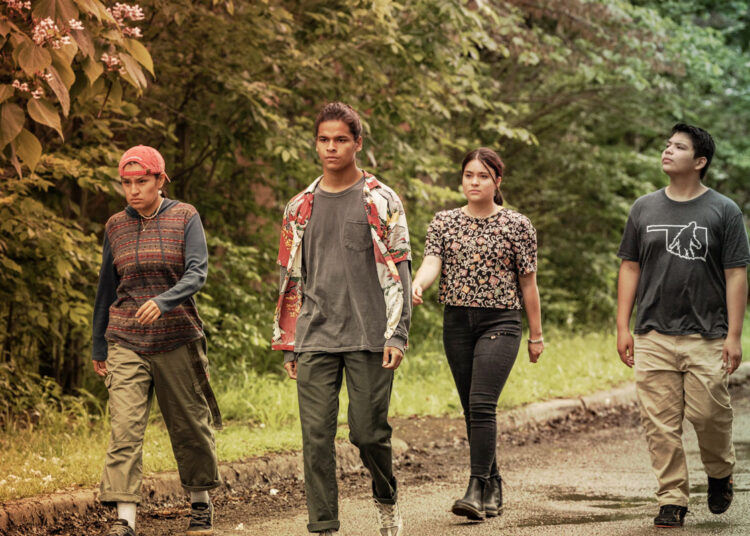 Reservation Dogs Season 2 is coming soon. Taika Waititi and Sterlin Harjo have created the Indigenous American series ‘Reservation Dogs’ whose first season premiered on August 9, 2021. The series is significant in the fact that the writer, directors, and almost all the cast members are Indigenous North Americans.

This teen comedy series revolves around four Indigenous teenagers living in rural Oklahoma. They are habituated to committing and fighting crimes. The story of the series happens one year after their friend Daniel dies.

Now the friends struggle with the decision of moving to California which has been Daniel’s dream. But to really leave their native land, they have to tie up the loose ends of their community as well as their own lives.

The series is the first one to be filmed in Oklahoma entirely. It has been critically acclaimed and won a Peabody Award along with Critics’ Choice Television Awards and Golden Globe Awards nomination.

Now let’s find out in which films and tv series the cast members of Reservation Dogs Season 2 have been seen before.

One of the four members of the group of teenagers Elora Danan Postoak is played by Mohawk actress Devery Jacobs. From 2019 to 2021 she starred in the recurring role of Lilith Bathory in Netflix’s horror drama series ‘The Order’.

In 2019 she was also cast as the recurring character of Sam Blackcrow in the fantasy series ‘American Gods’ adapted from the same named novel by Neil Gaiman. In the American sitcom ‘Rutherford Falls’ she played the role of Jess Wells in 2021.

The next year she was voice cast as Alasie in the animated fantasy series ‘Ark: The Animated Series. The tv series in which she starred are ‘The Dead Zone, ‘Assassin’s Creed: Lineage’, ‘And Mohawk Girls. In the upcoming American tv series ‘Echo’ she will be seen to star in 2023.

Another member of the gang Bear Smallhill is played by Oji-Cree actor D’Pharaoh Woon-A-Tai. In 2018 he played the recurring role of Chase Whaley in ‘Holly Hobbie’.

The next year he also starred as the recurring character Tom Longboat in the Canadian tv series ‘Murdoch Mysteries’. He also starred in one episode of ‘Creeped Out’ and ‘Tribal’. In 2020 he was cast as Hank in Tracey Deer’s Canadian drama film ‘Beans’.

Officer Big is the light horseman in the series who is characterized by his superstitious nature and patience with criminals. American actor Zahn McClarnon plays the role of Officer Big in the series.

From 2011 to 2012 he starred as Bodaway Macawi in the American thriller crime series ‘Ringer’. From 2012 to 2017 he was cast in the recurring role of Officer Mathias in the modern Western crime series ‘Longmire’. As Hanzee Dent he starred in the black crime comedy series ‘Fargo’ in 2015.

From 2017 to 2019 he was cast as one of the main characters Toshaway in the American western series ‘The Son’ based on the same named novel by Philipp Meyer.

In 2018 and 2022 in the role of Akecheta, he starred in the neo-western dystopian sci-fi series ‘Westworld’ a recurring role in five episodes and lead role in one episode and guest role in one episode. In the crime series ‘Queen of the South, he played Taza 2018.

In 2020 McClarnon was cast as Yvon in Annie Proulx’s based series ‘Barkskins’.

In 2022 he played the lead role of Joe Leaphorn in the psychological thriller series ‘Dark Winds’. He will also star in the upcoming tv series ‘Echo’.