The Jersey actress Mrunal Thakur will soon be making her Telugu film debut in one of the most anticipated films of the year. 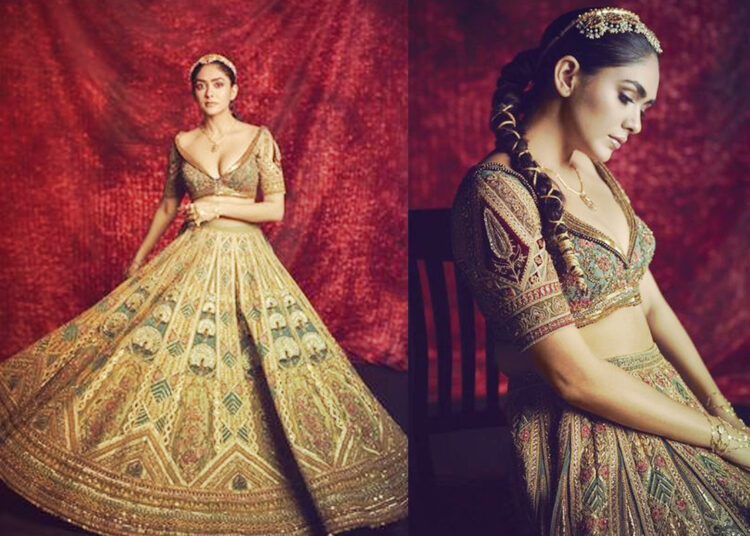 Mrunal Thakur is slowly becoming one of the most talked about actresses in Bollywood town and she is one of those successful actresses whose transition from television industry to film industry has been really successful, all credits to her hard work.

Mrunal rose to fame with the Zee Tv show Kumkum Bhagya and then she went on feature in some Marathi films which did really well.

Mrunal then made her Bollywood debut in 2018 with Love Sonia and then went on to star in Super 30 and Batla house very next year.

In 2021, she was seen in Kartik Aryan starrer Dhamaka, and last year she was starred alongside Shahid Kapoor in Jersey, she hasn’t received much success as of now in terms of films success but she is just getting started and considering she is just 29, she has lots of years left to shine in the industry.

Now, Mrunal will next be seen in Telugu romantic drama film Sita Ramam which is directed by Hanu Raghavapudi.

The movie is scheduled to be released on September 5 and the promotions are underway recently a song from the movie was released titled Kaanunna Kalyanam, it is a mesmerizing song with amazing cinematography, the freshness in the song is just divine and fans have really appreciated the song on social media platforms.

Recently Mrunal was spotted at a promotion event for the film, she was accompanied by the film’s director and her co-star Dulquer Salmaan, Mrunal looked gorgeous in a light blue Anarkali suit, the suit was an amazing piece of art which had embroidery all over it along with floral prints, she put on very little makup and looked effortlessly flawless.

We hope her Telugu debut goes superhit, meanwhile, her other upcoming projects include Pippa and Gumrah and she will seen alongside Ishan Khattar and Aditya Roy Kapoor in the respective films.