It has been announced that the Kakegurui Twin anime will debut on Netflix on August 4, 2022. So remember to mark your calendars and watch for this impending spin-off. 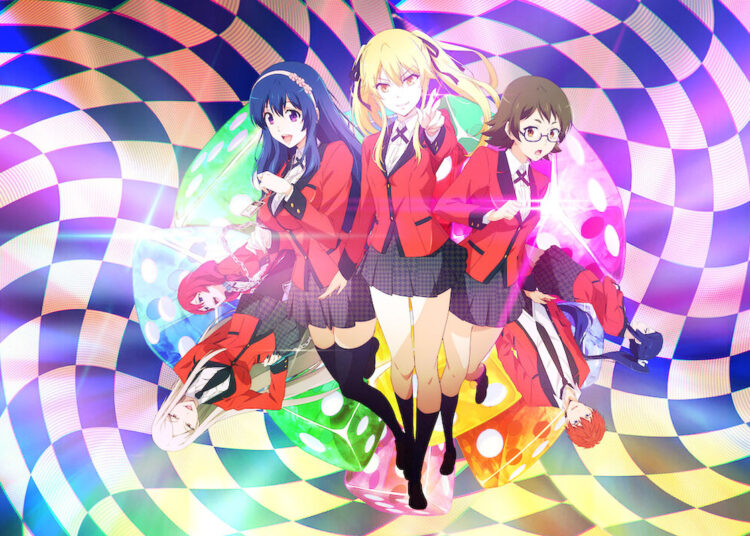 Kakegurui Twin Updates: Netflix’s library of anime is continually expanding, with new movies and shows being added on a regular basis. Among them, one of the most well-liked animes, Kakegurui, has amassed a sizeable fanbase due to the distinctive premise of the show and the highly expressive acting of its cast members. The spin-off series Kakegurui Twin, which will be available on Netflix in the fall, will please Kakegurui fans as they wait for the announcement of season 3.

The events of the Kakegurui Twin occur a year before those of the first Kakegurui episode. It’s a prequel series and a spin-off, which anime fans frequently get, and it provides more information about Mary and explains why her personality was so repulsive in episode 1. To learn more about “Kakegurui Twin” Season 1, continue reading.

It has been announced that the Kakegurui Twin anime will debut on Netflix on August 4, 2022. So remember to mark your calendars and watch for this impending spin-off.

The major characters and voice-over casts of Kakegurui Twin Season 1 are illustrated below:

What Is Kakegurui Twin About?

Mary Saotome, a recently transferred student to Hyakkaou Private Academy, will be the focus of the upcoming series. She soon learns about the school’s gaming network and all the many types of gambling. However, her gambling addictions start to have unforeseen effects on her life.

Later, her habit develops into a gambling mania, which the original series depicted perfectly. Will she be able to meet new people and get by in the crazy world of gambling using only her mind and luck? To discover out, we’ll have to watch the anime series!

What Studio Is Producing Kakegurui Twin?

Kakegurui Twin is developed by MAPPA. It is directed by Kaori Makita, with principal directing provided by Yuichiro Hayashi, texts written by Shigeru Murakoshi, and music performed by Technoboys Pulcraft Green-Fund. Manabu Nii was in charge of character designs.

Number Of Episodes In Kakegurui Twin

The creators of the new MAPPA anime series have not yet disclosed the total number of episodes it will contain. However, we should anticipate that they will cover every volume of the manga series in the show. It indicates that we won’t get too many episodes.

Yes, Netflix has already released the trailer for Kakegurui Twin Season 1. The gambling-based hierarchy structure of Hyakkao Private Academy is discussed at the beginning of the trailer by Tsuzura Hanatemari.

This system uses a student’s relative level of success in gambling as the primary factor in determining their place in the school’s social order. The Kakegurui Twin Season 1 trailer is available right below.

Where Can You Watch Kakegurui Twin?

The anime series Kakegurui Twin will soon be available to stream on Netflix. Depending on the plan you select, you will have access to Netflix’s extensive library of films, shows, and series.

About The TV Series

The anime series Kakegurui is based on the manga of the same name that was created by Homura Kawamoto and illustrated by Tru Naomura. Kakegurui is a Japanese animation series. MAPPA is responsible for the animation work for this anime television series. From July to September of 2017, it was broadcast on Tokyo MX, MBS, and other stations. There have been two seasons of the Tv series Kakegurui thus far.

Between July 1 and September 23, 2017, the first season of Kakegurui was shown on a variety of channels, including Tokyo MX, MBS, and others. Collider gave the Netflix anime series’ first season a poor review but did point out that it was targeted at gamblers and people who liked sexualized characters.