Lost Ollie Limited Series: New Series, Cast Members, and Where They Have Been Seen Before

Past filmography of the primary cast and voice cast members of the new limited series. 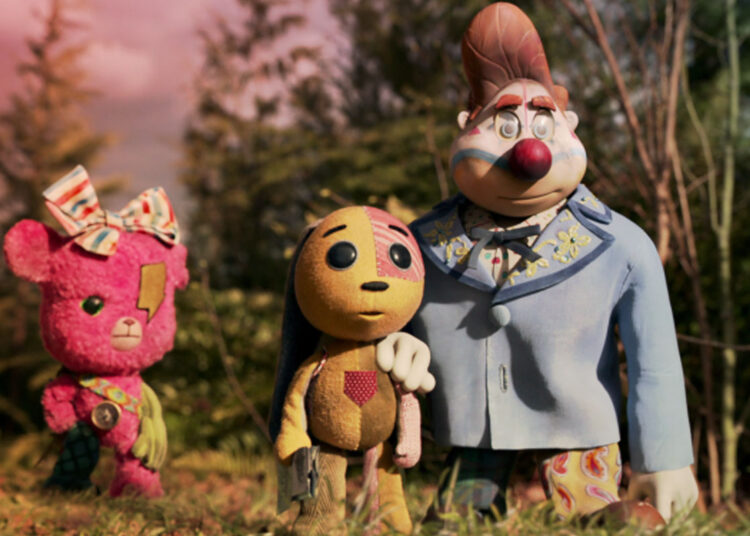 Peter Ramsey has directed this limited series. The story’s plot revolves around a toy that has been separated from a boy named Billy. Ollie is Billy’s favorite toy which is a matter of jealousy to Zozo, a toy that was an unwanted amusement park prize.

The plot navigates Ollie’s journey after he is forced on an unsought adventure of saving himself and other stuffed toys who got similarly lost by Zozo’s machinery along with trying to get back to Billie.

Cast members of the series include Gina Rodriguez, Jake Johnson, Kesler Talbot, and voice cast members Jonathan Groff, Mary J. Blige, and Tim Blake Nelson. They were cast for the series on March 9, 2021.

Before the miniseries arrives on the streaming site, let us find out about the other filmography of the primary cast members of the series.

Let’s have a look at the Lost Ollie Cast Members

The role of Billy is played by young actor Kesler Talbot in Lost Ollie. Previously he acted in various minor roles. In the American drama series ‘When Calls the Heart’ Talbot acted as Thomas in one episode.

In 2020 he played the role of Aiden in the horror anthology series ’50 States of Fright’. The same year Talbot also starred as Charlie in the American rom-com movie ‘Deliver by Christmas’.

From 2011 to 2013 he gave voice to the recurrent character of Richard in the Canadian animated series ‘Scaredy Squirrel’ loosely inspired by the same named book series by Mélanie Watt. In 2016 he was the voice cast as Disney’s fictional character Kristoff of the Frozen franchise in the television special series ‘LEGO Frozen Northern Lights.

Groff introduced his voice role as Kristoff and his companion reindeer Sven in the 2013 American computer-animated fantasy musical movie ‘Frozen’. He again reprised his voice role of Kristoff in the short film 2017 ‘Olaf’s Frozen Adventure.

From 2012 to 2015 Nelson gave voice to Chief McGillihorn in four episodes of the American adult animated series ‘Black Dynamite’. In 2018 in the adult animated comedy series ‘Dallas & Robo’ he voice starred as The Woodsman.

In one episode of the American animated adventure comedy series ‘Big City Greens’, he gave voice to Grampa Ernest Green. In Sega’s 2008 video game ‘The Incredible Hulk’ he has given voice to Marvel Comics’ fictional supervillain Samuel Sterns aka The Leader.

From 2019 to 2021 she gave voice to the lead and titular character in the animated adventure action series ‘Carmen Sandiego’ based on the media franchise.

In the American sitcom, ‘New Girl’ Johnson played the lead role of Nick Miller from 2011 to 2018 for which he was nominated for a Critics’ Choice Television Award, TCA Award, Teen Choice Award, and a Satellite Award. He was also voice cast in the series ‘High School the USA!’, ‘Comrade Detective’, and ‘Hoops’.