Rick and Morty's solar opposites is coming back soon with its season 3!! Scroll down, know more ✨ 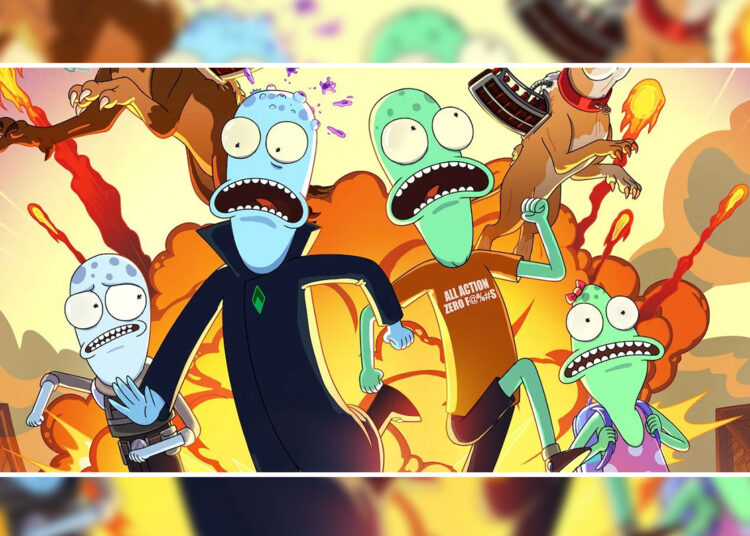 Solar Opposites Season 3 Update: The show is another fun and famous creation of Rick and Morty and it is coming back very soon with its exciting season 3. Here we have the information you should know about this show.

Solar Opposites is an American adult animated series created by Rick and Morty and cocreator by Justin Roiland and Mike McMahan. This Animated series made its debut on May 8, 2020, and was loved by the audience it has 96% fresh ratings on Rotten Tomatoes and 8 out of 10 ratings on IMDB.

Season 2 of Solar Opposites wrapped up in March 2021 and this season definitely gave us some clues about the upcoming season 3 here’s all our wait it over!

In June 2020 the series was renewed for season 3. And On May 17, 2022, the “Solar Opposites” Twitter page posted a short video and captioned the post by saying “You pesky people of earth haven’t stopped asking, so here you go. Season 3. July 13.”

Season 3′ full-length trailer of 2 minutes is on the official YouTube channel of Hulu, posted two weeks back. Must check out!

How Many Episodes Will Season 3 Have?

Solar Opposites season 3 is going to be quite bigger than the last two seasons as it will have 12 episodes i.e four more installments than the previous ones as seasons 1 and 2 had only 8 episodes each.

The story of Solar Opposites focuses on a family of aliens from a better world who must take refuge in middle America. They disagree on whether this is awful or awesome. It is a parallel storyline that follows a society of humans shrunk by the replicant Yumyulack and imprisoned in a terrarium known as “the Wall”.

Stay tuned with us to know more about your favorite show!💖